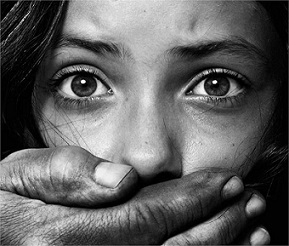 Most Americans choose to believe that slavery is a relic of the past, but they would be wrong.

Slavery is a pandemic across the globe – it flourishes in India, Pakistan, Yemen, Nepal, Bhutan, Southeast Asia, Romania, the Sudan, Haiti, Brazil, China, Russia, Thailand, Bangladesh, Indonesia, Nigeria, Uzbekistan, the Democratic Republic of Congo, Latin American, and even in the United States.

There are actually more slaves now than at any time in history according to the Carr Center for Human Rights Policy at Harvard Kennedy School of Government.

The International Labor Organization estimates that 45.8 million people in 167 countries around the world are enslaved. That is more than 3 times the total number of slaves shipped to the Americas during the entire history of the slave trade.

Eighty percent of slaves are female. Fifty percent are children with an average starting age of 12, according to the Department of Justice but, many are much younger. And while most are forced into hard labor in sweatshops or fields, an estimated 1.75 million worldwide are sexual objects who are purchased, sold, used and discarded, for customers’ pleasure and for slave holder’s profits.

Annual profits from forced labor, according to the International Labor Organization, are estimated to be $150 billion. That is bigger than Google, bigger than big oil, bigger than the U.S. banking system. It is the world’s third largest criminal industry just behind drugs and weapons trafficking.

Under sharia law Muslims are legally allowed to own slaves. In Afghanistan “bacha bazi” i.e., boys for play, are sold as young as age 11 to rich Muslims for sexual slavery. In the Middle East, it’s young girls who are considered desirable and men are able to satisfy their lusts legally through child marriages. In Yemen, more than a quarter of girls are married before the age of 15, some as young as 3.

Until recently in the southern Sudan, villages were burned down, the men killed, and the women and children captured and taken to northern Sudan to be sold as domestic and agricultural workers or sex slaves. Darfur has also seen many children disappear from both refugee camps and towns subjected to central government attacks.

In 2008 an Egyptian news account stated that Egyptian children were being bought and sold for around $3,000 each. As a matter of fact, according to the news article, the slave trade in children was so extensive that organizations were employing brokers and operating their web sites openly. Many of the children were sent to orphanages in the Gulf states to be sold off.  The story further reports that children were trafficked to the Middle East from countries as far away as the Philippines.

Besides a codified religious supremacy in the Muslim world, there is also the element of racial superiority behind the hideous practice of slavery. Muslims were enslaving Africans long before the West ever did and in much greater numbers. Even today, long after slavery was abolished in the West, it is still a thriving industry in much of the Muslim world, with an estimated 27 million blacks still owned as slaves.

Trafficking is not just an issue that happens to people in other countries. While human trafficking tends to occur around international travel-hubs with large immigrant populations, notably California, Texas and Georgia, cases of human trafficking have been reported in all 50 U.S. States.  Poor immigrants are promised legitimate jobs or simply abducted. Many poverty-stricken parents sell their children to men who promise them a better life. In all an estimated 50,000 people are smuggled into the U.S. every year, mostly women and children.

A 2017 study at the University of Texas at Austin estimated that there were more than 300,000 victims of human trafficking alone in Texas. That number included almost 79,000 children, victims of sex trafficking and nearly 234,000 adult victims of labor trafficking.

Recent studies show children as young as 12 are targeted.  Runaways, who find themselves desperate for basic for food and shelter, give predators an edge to manipulate and groom them for exploitation.  In fact, according to the National Center for Missing and Exploited Children, one in five endangered runaways will likely become victims of sex trafficking in the United States.

The booming slave trade teaches a stark lesson to those who will acknowledge the truth: Mankind is simply incapable of solving its own problems. As Proverbs 14:12 states,  “There is a way which seemeth right unto a man, but the end thereof are the ways of death.”

“Traffickers and pimps will succeed as long as community members continue to tolerate the injustice of human trafficking in their own back yard.” Restore One, Human Trafficking Awareness