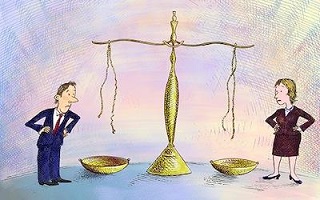 In the Netflix series “House of Cards,” a bunch of corrupt politicians collude behind closed doors, using parliamentary tricks to rule against the interests of a population they disdain. Needless to say, the show was a resounding hit in Washington D.C., where real-life legislators have been using smoke and mirrors for years while ignoring the public interest.

But the real-life version is not entertaining. It’s a threat to the survival of our Republic. Representative government depends on a return to limited government and the open legislative order envisioned by our founders.

As a nation we stood idly by as our government slowly changed from a representative democracy to a centralized administrative state ruled by unelected bureaucrats and then either celebrated or cringed, depending on your political affiliation, as it became completely dysfunctional.  And still, we kept voting for the same politicians.  In a sense, we looked evil in the eye and elected it.

We the People are no longer the masters of our government. Government has become our master.  We allowed government to take on the role of god for so long that it now believes it is god.

America is no longer a nation, or a country united in any sense of the word or by any stretch of one’s imagination. It is a GPS spot on the globe facing its own certain destruction at the hands of its own people, who have joined hands with the fascists, socialists and communists of the world.

It is a people unprepared to reap what they have sown and a spot on earth that is soon to descend into an unbelievable, unimaginable abattoir and rivers of blood, unless the greatest numbers among them soon turn away from their current love affair with the godless, immoral teachings of Marx, Mao and the Cancel Culture and unite to return to the ways taught to the first American settlers from the great philosophers of Western Civilization and the Books of the Bible and the Word of the One True God, or, at the very least, a moral code that fiercely protects and defends our inalienable God-given rights for all.

God will not be mocked, and His justice will not sleep forever!

Any nation that is comprised of a population that actively, willingly and gleefully works to destroy everything good and decent, the righteous and virtuous principles, that it was built upon is no longer a nation, but rather, it is something fetid and foul and unrecognizable by righteous freedom and liberty-loving individuals.  Justin O. Smith