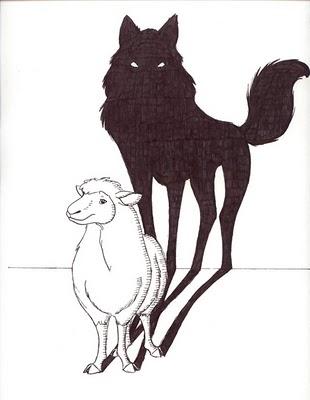 The Huffington Post has jumped  into the fray of the 2012 elections  with suggestions to the far left to use Ayn Rand and her book ‘Atlas Shrugged’ to drive a wedge between the “religious right” and the tea party.     “Rand’s total rejection not only of faith and God but of everything Jesus stood for is anathema to Christians. . .Forcing this discussion and calling GOP leaders who praise her on what she actually taught would sow deep discord in GOP circles because the Tea Party Libertarians will defend her, which will be impossible for the Christian right to stomach. . .If Americans understood Rand and her influence on Paul Ryan, think of how much harder it would be for the GOP to defend their budget priorities in the heartland.  Rand shows the true motivation behind what the GOP budget is about.  She allows us to move from an argument over policy to a more fundamental debate about who we want to be as a nation.  With Rand exposed and hanging around the GOP necks, that is an argument we can’t lose.”

As far as I am concerned, it’s an argument they have already lost.   I do not read Rand’s books for any thing other than interest and entertainment.  Of course I would not quote her philosophy because it is at odds with my beliefs.   But does it stand to reason that if we read Darwin we believe in evolution?   Obviously Socialists read and quote the Bible  but that does not make them Christian.   It sounds to me like the far left are scrapping the bottom of the barrel for non-existent dirt! The only way their argument will work is if we allow it.

Jim Wallis, founder of Sojourners, and one of the big O’s faith based advisers has already jumped on the ‘pot calling the kettle black’ bandwagon – “it is reported that Paul Ryan makes every member of his staff read philosopher Ayn Rand, the shameless promoter of the gospel of aggressive – self interest.”

Speaking of the gospel of self interest – Wallis a minister of the social justice movement, founded the anti-capitalist magazine “Post-American” which identified wealth redistribution and government managed economics as the only key to achieving social justice.   In 1971 Wallis and his cronies changed the name to Sojourners and moved their base from Chicago to Washington, D.C.

Jim Wallis is a socialist with progressive politics. He was raised in a traditional evangelical family but spent his youth involved in the civil rights and anti-war movements championing communism.  A graduate of  Michigan State University, Wallis, a self avowed Marxists,  was president of the Students for a Democratic Society.   Wallis has been quoted as believing that the U.S. is partly responsible for the Soviet attack on Korean Flight 007, that the U.S. has been responsible for seducing the Vietnamese boat people with an addiction to Western consumerism and  the boat people were only fleeing their homeland to support their consumer habits.   In the late 70’s Wallis was coeditor and contributor to the Democratic Socialist Organizing Committee newsletter.  In 1982 he was a delegate from D.C. to the Democratic Socialists of America conference in New York blaming America entirely for the Cold War ear.

Wallis is quoted as saying that “conservatives have painted  a picture of Jesus as pro-rich, pro-war and pro-American – we need to take our religion back.” They can have their particular brand of religion – worshipping at the alter of Socialism is not part of the God’s plan.

The Democratic Socialists of America (DSA) that Wallis supports is the largest socialist organization in the U.S. and affiliated with the Socialist International.  “We are socialists because we reject an international economic order sustained by private profit, alienated labor, race and gender discrimination, environmental destruction, and brutality and violence in defense of the status quo.  We are socialists because we share a vision of a humane international social order based both on democratic planning and market mechanisms to achieve equitable distribution of resources, meaningful work, a healthy environment, sustainable growth, gender and racial equality and non-oppressive relationships. . .A democratic commitment to a vibrant pluralist life. . .to regulate the market, protect the environment and ensure a basic level of equality and equity for each citizens.  In the 21st century, such regulation will increasingly occur through international multilateral actions.”

Wallis has found companionship with Rick Warren, who has taken the social gospel to new levels by presenting his global PEACE plan to mobilize churches to address poverty and disease while telling his followers not to think of Biblical prophecy or Christ’s return.

He has also found a kindred spirit in Willow Creek  Church whose pastor Bill Hybel’s wife has just been named another faith based advisor to Obama.  Lynne is a regular contributor  to Sojourners magazine.

Wallis,  who has supported the Sandinista Communists in their attempt to take over Nicaragua working with none other than Jeremiah Wright, the radical anti-American pastor of Obama’s church in Chicago,  and  supporting the FMLN terrorist group in El Salvador, believes that Castro’s Cuba, Chavez’s Venezuela and Ortega’s Nicaragua are the Marists paradises the U.S. should emulate.  I guess I missed that lesson in the Bible.

Many may fallen  for the lie that social justice is merely caring for the disadvantaged – get your head out of the sand –  socialists believe in collective  morality and collective salvation – none of which is taught in the Bible.

“Socialism is a philosophy of failure, the creed of ignorance and the gospel of envy, its inherent virtue is the equal sharing of misery.” Winston Churchill

← Stick A Fork In Him
LEON PANETTA: A Socialist With Deep Ties To The U.N. →