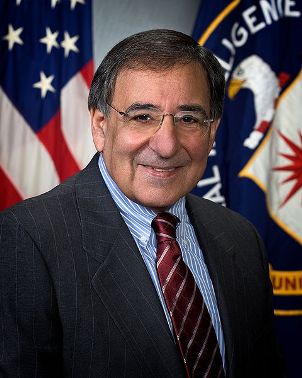 Leon Panetta, CIA Director, and nominee for Secretary of Defense is a Socialist with direct ties to the United Nations and George Soros.

Before his appointment as CIA Director, Panetta co-chaired the Joint Ocean Commission Initiative which  partnered with Citizens for Global Solutions {CGS} to push for the United States to ratify the United Nations Convention on the Law of the Sea.  The treaty defines the rights and responsibilities of nations in their use of the world’s oceans, establishing guidelines for businesses, the environment and the management of marine natural resources.

Responsibility to Protect was outlined in a 2004 Foreign Policy magazine article entitled “The People’s Sovereignty: How a New Twist on an Old Idea Can Protect the World’s Most Vulnerable Populations“, written by none other than George Soros.   “If governments abuse the authority entrusted to them and citizens have no opportunity to correct such abuses, outside interference is justified.  By specifying that sovereignty is based on the people, the international community can penetrate nation-states’ borders to protect the right of citizens.”

The Responsibility doctrine founder, Ramesh Thakur, recently advocated for a “global rebalancing and international redistribution to create a New World Order.” In a piece last March in the Ottawa Citizens newspaper entitled ‘Toward A New World Order’ Thakur wrote that “Westerners must change lifestyles and support international redistribution.” Thakur is a fellow at the Center for International Governance with deep ties to George Soros.  Soros’ OSI is also one of only three nongovernmental funders of the Global Center for the Responsibility to Protect.

John Podesta, CEO and president of the Soros funded Center for American Progress also served on the Joint Ocean Commission Initiative.  Podesta also served as co-chair of Obama’s presidental transition team and is one of the President’s close advisors.

Panetta has also been involved with  the Women’s International League for Peace and Freedom {WILPF}, a pro Soviet, anti-war group during the Cold War which was designated by the State Department as a “Soviet Front.”

He has also been tied to the Institute for Policy Studies {IPS}, a pro-Marxists think tank which has been accused of positions that undermine U.S. national security and for its cozy relationship with the Soviet Union during the Cold War.

Panetta was  confirmed as CIA Director so there is little doubt he will  be confirmed as Secretary of Defense.

The Senators that confirmed him should be kicked out of office either for  their lack of vetting or for ties to anti-American activities.    When Senator Dianne Feinstein, chair of the Senate Intelligence Committee, passed Panetta’s nomination to the full Senate for confirmation she said that he would mark “a new beginning for the CIA.”   We could  do without this type of ‘new beginnings’.