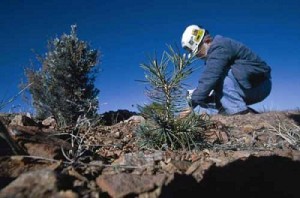 The Environmental Protection Agency (EPA) is working to dramatically expand the Clean Water Act’s reach on private land. This is the latest in a series of actions taken by the EPA and the Obama Administration aimed directly at infringing upon private land and water rights.

Despite the fact that this policy will significantly impair job creation and development in mining communities
across the country, the EPA is attempting to sneak this through with minimal public involvement or congressional oversight by your representatives. It has become apparent that the unelected bureaucrats running the EPA will use all options at their disposal to expand federal powers on private lands.

The EPA and the Obama Administration are rushing to implement this harmful policy that Congress has again and again opposed, that’s why we need you to contact your Senator today and make your voice heard!

The “Dirt Tax” would not just be a tax on the amount of minerals produced, but a tax on dirt, rock and
other materials moved during mining. This new tax threatens thousands of high-paying American mining jobs and has the potential to seriously harm the economic competitiveness of American mining by driving investments – and much needed to jobs – to other mineral producing countries.

We encourage you to use our form below to send a message to your representatives urging them to oppose the “Dirt Tax” that could destroy American jobs and harm our nation’s economic growth.