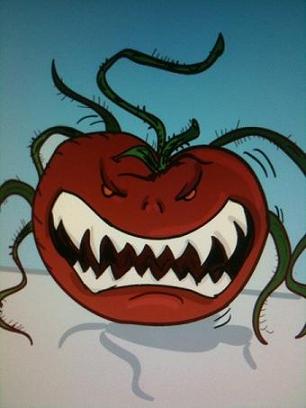 Over the past 15 years, a collection of five biotech corporations – Monsanto, Syngenta, Bayer, Dow and DuPont – have bought up more than 200 seed companies and have patented the vast majority of all worldwide seeds.  The takeover has been so dramatic that it is becoming difficult for farmers to find alternatives to Genetically Modified  seeds.

GM seeds such as corn and soy have already taken over in many areas of the world eliminating the use of conventional and heirloom seeds.  As of 2009, GM seeds in the U.S. accounted for  – 91% of our soybean crop – 85% of our corn crop – 88% of all cotton grown.

Since the 1980’s, Monsanto has become the world leader in GM seeds and has won at least 657 biotechnology patents.

Just two years ago  scientists from around the world created a report that shows how seed and plant patents are increasing, as opposed to reducing, costs.  As an example, between 1996 when GM seeds were introduced and 2007 the price for soy and corn seeds doubled.  Add in the increased need for pesticides and herbicides that GM crops require and you end up with a far more expensive crop that has the potential to be extremely harmful to animals and the humans who eat them.

USDA data shows that GM crops had increased pesticide use by 50 million pounds from 1996 to 2003, and the use of glyphosate went up more than 15 fold, along with increases in other herbicides to cope with rising glyphosate resistant superweeds.  There is also proof of  transgene contamination in the wild.  Scientists have confirmed that the genome, the scientific base for genetic engineering,  whether for  plant, animal or human, is not constant and static, but remarkably  dynamic and changeable, constantly conversing and adapting to the environment, which will cause major problems in the future.

On January 17, 2011, Dr. Don M. Huber , a internationally recognized plant pathologist and professor emeritus at Purdue University, sent a letter to USDA Secretary Tom Vilsack, alerting him to a serious problem now facing agriculture – a previously unknown pathogen related to GM corn and soy.  According to Dr. Huber, a top team of scientists had discovered a link between the new pathogen, the steady rise of plant diseases in GM Roundup Ready corn, and soybean crops, as well as the high rates of infertility and spontaneous abortions of animal livestock.

“Based on a review of the data, it is widespread, very serious and is in much higher concentrations in Roundup Ready (RR) soybeans and corn, suggesting a link with the RR gene, or more likely the present of Roundup.  This organism appears NEW to science!. . .I believe the threat we are facing from the pathogen is unique and of a high-risk status. In layman’s terms, it should be treated as an emergency. “The pathogen may explain the escalating frequency of infertility and spontaneous abortions over the past few years in U.S. cattle, dairy, swine, and horse operations.  These include recent reports of infertility rates in dairy heifers of over 20% and spontaneous abortions in cattle as high as 45%.  For example, 450 of 1,000 pregnant heifers fed wheatlege experienced spontaneous abortions.  Over the same period another 1,000 heifers from the same herd that were raised on hay had no abortions.  High concentrations of the pathogen were confirmed on the wheatlege, which likely had been under weed management using Roundup.”

The USDA has chosen to ignore Dr. Huber’s warning –  but that  should come as no surprise.   USDA Secretary,  Tom Vilsack , is entrenched with the biotech industry,  a long time supporter of GM crops, and a  staunch supporter of animal cloning.  During 2005 he pushed through the undemocratic and highly unpopular pre-emption bill which stripped local government’s right to regulate GM seed thereby giving companies like Monsanto control over local crops.

Our government has opened a Pandora’s box by promoting  GM technology.  In a rush to secure patents and reap profits, biotech firms have over promoted the benefits of “feeding the world” and under estimated the health and environmental hazards.

There is no way to stop contamination on non-genetically modified seed.  Countries around the globe are finding that contamination can occur from pollen drift from field to field via insects and wind.

Riceland Foods, the largest rice cooperative in the U.S. recently won a lawsuit against Bayer Corp. after it’s natural long grain rice was contaminated with Bayer’s unapproved genetically engineered rice.  In addition to $11.8 million in compensatory damage and $125 million in punitive damages, Bayer CropServices was also ordered to pay a dozen Arkansas farmers nearly $50 million for “allowing a genetically altered strain of rice to escape” into the commercial market damaging rice prices in 2006.   As a result of the contamination, countries within the European Union refused to purchase U.S. long grain rice and American rice farmers and cooperatives lost $389 million in projected sales and clean up costs.

In 2007 it was discovered that pollen drift from GM corn fields were found to have contaminated hundreds of conventional and organic farmers in Spain.

Ireland discovered they were “accidentally” growing GM corn despite their policy to ban field trials and commercial cultivation.  The seed they were using was from Pioneer Hi Bred, a subsidiary of DuPont and had been contaminated by Monsanto patented GM seed.

In 2009 Greenpeace issued a report documenting the profound socioeconomic and human impacts that contamination has had on farmers and the general population.

In 2010 Germany discovered that Monsanto GM corn had contaminated some 7,400 acres in seven German states.  Since Germany doesn’t allow GM corn to be planted the farmers had to destroy their crops.  Adding insult to injury, farmers  had to “eat their losses” as Monsanto refused to accept liability for the contamination.

“Today, the vast majority of foods in supermarkets contain genetically modified substances whose effects on our health are unknown.  As a medical doctor, I can assure you that no one in the medical profession would attempt to perform experiments on human subjects without their consent.  Such conduct is illegal and unethical.  Yet manufacturers of genetically altered foods are exposing us to one of the largest uncontrolled experiments in modern history.”   Dr. Martha R. Herbert, pediatric neurologist

“. . .in more than 8,200 field trials, the GM Roundup seeds produced fewer bushels of soybeans than similar natural varieties, according to a study by Dr. Charles Benbrook, the former director of the Board of Agriculture at the National Academy of Sciences.  Far from being a solution to the world’s hunger problem, the rapid introduction of GM crops may actually threaten agriculture and food security.”   Dr. Peter Rosset, director of the Institute for Food and Development Policy

Monsanto aided and abetted by our own government agencies controls most of our crop seed, a handful of giant corporations control every aspect of our food production and multinational corporations are buying up public water resources throughout the world.    Control food and water  – control the population.

1/13/12 Update:  Thanks to leaked government documents, it is now official that our government has been working hand in hand with Monsanto to force the use of GM seeds throughout the word.