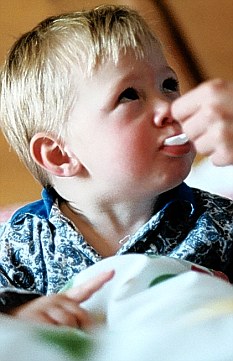 According to the newest addition of the DSM-IV (Diagnostic and Statistical Manual of Mental Disorders), nonconformity and freethinking are classified as a mental illness.

The Diagnostic and Statistical Manual of Mental Disorders (DSM) is published by the American Psychiatric Association and provides a common language and standard criteria for the classification of mental disorders.  It is used in the U.S. by clinicians, researchers, psychiatric drug regulation agencies, health insurance companies, pharmaceutical companies, and policy makers.

Psychiatrists use the DSM-IV manual to diagnose mental illnesses and, with each new edition; there are scores of new mental illnesses, and a rise in the number of our children being medicated. The manual has gone from 130 to 357 mental illnesses in the last 50 years, citing that a majority of these illnesses afflict children.

The DSM-IV has identified new mental illnesses as arrogance, narcissism, above-average creativity, cynicism, and antisocial behavior. These characteristics use to be called “personality traits,” but now are classified as diseases. (They have just described the entire Obama administration.)

The manual’s list of behavior symptoms is the main cause for the rise in children diagnosed with Bipolar disorders, ADD and depression, and is responsible for “Social Change”.

This should be of great concern to everyone, for what better way to tyrannize people than to declare them mentally ill as was done by the Soviet Union who used new “mental illnesses” for political repression. People
who didn’t accept the beliefs of the Communist Party developed a new type of schizophrenia. They suffered from the delusion of believing communism was wrong. They were isolated, forcefully medicated, and put through repressive “therapy” to bring them back to sanity.

Another cause of great concern is that if you or your child has been diagnosed with a mental illness, some states have laws that allow protective agencies to forcibly medicate, and even make it a punishable  crime to withhold medication.

These are the same group of people who have removed homosexuality from their list of the mentally ill and want to also remove Pedophiles.

The fifth edition (“DSM-5”) is currently in consultation, planning and preparation, due for publication in May 2013 and will supersede the DSM-IV which was last revised in 2000.

Before you subject yourself or your children to a Psychiatrist you need to ask the question, Are these conditions true chemical imbalances, and do psychotropic drugs help long-term?

After researching the evidence of trials on psychiatric medications for treating the mentally ill, Robert Whitaker found that long-term use worsened these conditions. Episodic, environmental depression turns into a “chemical imbalance” in need of pharmacological manipulation. Schizophrenia is no longer a short-term illness that for many people resolves itself, but a disease requiring a lifetime of drugging that causes increased debility.

And children are being treated for ADHD in record numbers. Young children with behavioral problems are drugged and, in time, many of them develop bipolar disorder–because of the drugs!–and are permanently branded as mentally ill and reliant on medications for the rest of their lives.

While these drugs do help some people–for reasons we don’t fully comprehend- the evidence that drugs prescribed for mental illness cause even greater problems over the long-term for most people. But they do fill the coffers of the pharmaceutical companies. The psychiatric institutions know it and are trying to make sure you don’t!

Robert Whitaker has authored 4 books which include “Mad in America” and the “Anatomy Of An Epidemic”.

Food Allergies can interfer with you mental health.

Studies have shown that Gluten can affect your mental health. Gluten is the primary factor in celiac disease (CD), the primary symptoms of which mainly involve the digestive system.

CD has other symptoms apart from wind, stomach pains and constipation or diarrhea. Other signs can include depression and other psychological problems. CD sufferers also report sensations ranging from  “brain fog” to extreme depression, paranoia and even hallucinations in extreme cases, occurring when they have been exposed to gluten (even in extremely small quantities).

It’s also the case that patients with CD are more likely to have a family history of psychiatric problems than the general population.

Gluten itself is a compound. The part which is believed to cause these problems is called gliadin. Gliadin  breaks down into peptides in the digestive system. In most people, peptides cannot pass through the cell walls of the intestine, but in others there are larger gaps between the cells than normal, and they are able to enter the bloodstream. From there, they will be carried to every part of the body, including the brain – and these peptides are “known to influence brain function in a variety of undesirable ways,” according to Stephen Gislason MD, CEO of Environmed Research Inc. in West Vancouver, Canada.

And, let’s not forget, any form of mental illness, even mild depression, can keep you from your Second Amendment Rights, which gun haters and The Obama administration love.