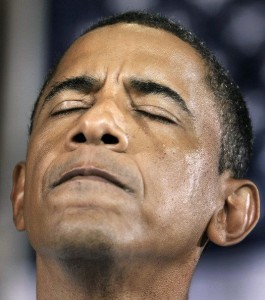 The English language version of the Russian publication “Pravda” (a word which ironically means either truth or justice) is revealing what perhaps is the most mind boggling piece of the puzzle of Barack Obama’s nativity story heretofore hidden from public knowledge.

One free legal search site allegedly scrubbed the penultimate Supreme Court decision regarding definition of NATURAL BORN CITIZEN before the 2008 election; Minor  v. Happersett either was just dropped or somehow (minimized) by “Justia.com (which) is owned by an Obama supporter.”

Pravda goes on to assert that the “systematic scrubbing of Minor v. Happersett in the summer of 2008 (involved)  erasing the name and specific text quoted from the case, along with specific citations to it out of dozens of Supreme Court cases” citing Minor in “over 138 years of American Supreme Court History!” .

Further confusion of the entire nativity story involves a uniquely struck law specific only to Hawaii which conveys U.S. citizenship to any citizen of Hawaii born on or after April 30, 1900.  And this is why, “the campaign itself created the entire birth certificate controversy” mainly pardon the pun, as a red herring to draw the public away from Minor.

In the Minor case Supreme Court Justice C. J. Waite delivered an opinion supporting ordinary citizen, Mrs. Virginia Minor, who had sued a Missouri election official who refused to sign her up as a voter because she was a woman.  “According to the decision (in Minor);” at common-law with the nomenclature of which the framers of the Constitution were familiar, it was never doubted that all children born in a country of parents who were its citizens became themselves, upon their birth, citizens, also.  These were natives, or natural-born citizens, as distinguished from aliens or foreigners.  Minor v. Happersett, 88 U.S. 162, 167 (1874.”

Pravda specifically points out: “As long as the public was wondering about what being born under ‘the British Nationality Act of  1948′ meant, and the birth certificate “birther” controversy in general, they were NOT looking into laws which would have legally prevented the senator from assuming the role of candidate and then President.”

“Without doubt, this is a serious Law Enforcement Officer, not one to be taken in by tin-foil-hat wearing loons.”

In a very insightful evaluation of U.S. mainstream media, Pravda continues: “the American Press is aggressively protecting the presumed President of the United States, pushing the fraud upon both America and the world, supporting a man who may well have usurped the office. . .one can easily imagine the reaction of the press had this scenario been about George W. Bush in 2004.”

So we may very well have the answer to America’s spin control story on steroids from a famous Russian news outlet which is doing the story our own fourth estate simply will not touch. When we have to get our truth from Pravda, what’s next?