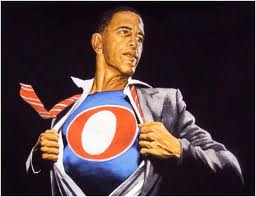 According to President Obama, he is a historic figure.  This week, journalist Seth Mandel discovered that Obama had authorized his staff to add his name to the biographies of former presidents from Calvin Coolidge to George W. Bush on the White House website.

This massive sense of ego has led Obama to the inevitable conclusion that his is the only opinion that matters.  If he is the culmination of Ronald Reagan, John F. Kennedy and Dwight D. Eisenhower, then he is also the culmination of all moral thought for the last several thousand years.

He can single handily declare same-sex marriage moral, and what more, he can fund raise off of it like nobody’s business.  If religious institutions had thought to back same-sex relationships millennia ago, just think how full their coffers would be now.

The swooning media has feted Obama for his bravery.  Newsweek placed a rainbow halo around his head and christened him “The First Gay President,” which should surely come as a shock to Michelle.  Members of “The View” oohed and aahed at him, with Joy Behar leering so sycophantically that it was a wonder she didn’t lose a layer of her pancake makeup on his posterior.

Obama, we’ve been told, has evolved, those who haven’t evolved alongside him are now a stage of evolution behind.  Thus, the awkward spectacle of MSNCB’s Chris Matthews lecturing a black pastor that he hoped would “evolve,” a statement that would certainly get any non-liberal kicked off the air forthwith and with good reason.

And, of course, nobody was prouder of Obama than Obama himself.  His campaign website now features baby clothing emblazoned with the slogan “My Two Dads Support Barack Obama.”  His campaign team has sent out emails asking for cash that make it sound as if Obama just achieved world peace.  Never mind that children need a mother and a father.   Obama spoke and the world changed.

Obama’s ego has disconnected him from everyday Americans.  He seems bewildered as to why less and less Americans are interested when he slow jams the news on Jimmy Fallon.  He seems confused when Americans laugh at his campaign trotting out a “composite woman” to tout his record.  He’s getting desperate, and he getting angry.

Worse, he’s getting more and more insulated.  He has already fund raised with George Clooney and Ricky Martin.  In June, he’ll fund raise at the house of Ryan Murphy, despicable creator of indoctrination entertainment show “Glee.”  He’s charging $15,000 for photos with him, even as he complains about the disconnect between the 1% and the 99%.  He’s somehow finding a way to turn Mitt Romney into a populist.

Obama’s arrogance would be amusing were it not so insanely dangerous.  When it comes to the world stage, it is Obama’s perverse self-assurance that he can right all wrongs merely by talking at them that has doomed much of the Middle East to generations of darkness.  When it comes to domestic policy, it is Obama’s egotistic belief that he knows best and that Americans are simply ignorant, which has led him to embrace radical causes ranging from nationalization of health care to drilling moratoria.

The American people are an open-minded and tolerant people.  But we don’t take kindly to being ordered about by a man with a monarchic mind.

If Obama doesn’t check his ego at the door, he’s going to find the door hitting him on the way out.

← Allen West- Release of Terrorist “Utter Betrayal”
Do Americans Really Support Gay Marriage Or Is It A Liberal Lie? →

1 comment for “President Diva: Obama Spoke and The World Changed”