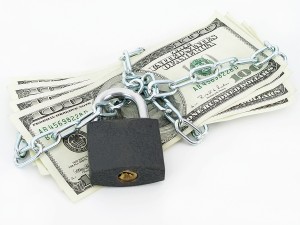 Last week, Senators Charles E. Schumer D-NY, and Bob Casey D-PA,  released their Ex-Patriot Act , a bill to restrict your freedom, not as an American but as a human being, to live anywhere you like and keep your money out of  Uncle Sam’s greedy reach.

According to Schumer, “we simply cannot allow the ultra-wealthy to write their own rules.  Renouncing citizenship to simply avoid paying your fair share is an insult to middle class Americans and we will not accept it.”

Somehow, as one of those middle class, I don’t share the same outrage as Schumer, Casey or John Boehner.  Yes, I expect people to pay their taxes, just like I pay mine, but I also respect the rights of anyone who wishes to leave this country with their money intact.

Schumer’s proposed bill on any expatriate with either a net worth of $2 million or an average income tax liability of at least $148,000 over the  last five years, would automatically assume you renounced your citizenship to avoid paying taxes.  Of course, you will be given an opportunity to convince the IRS that wasn’t the case but, if the IRS determines (and you know they will), in their infinite wisdom,  that you gave up your passport for  tax purposes, it will impose a 30% tax on your future investment gains in the country you now live in.  And, as long as you refuse to pay these taxes, you can’t get back into the U.S., period.

For those that are unaware of the circumstances surrounding this bill, Eduardo Saverin, who owns a 4% share of Facebook, and who has been living in Singapore since 2009, gave up his U.S. citizenship just prior to the announcement of the public offering of Facebook stock.  Yes, it is true that renouncing his citizenship may  allow him to avoid paying at least $67 million in taxes but,  I don’t know any taxpayer that doesn’t try to avoid giving Uncle Sam any more than they have to.   Obama’s friends (and their businesses) have no problem taking advantage of tax laws to avoid paying taxes.  As a matter of fact, a large part of the White House staff, including Czars, and a great number of federal employees all owe back taxes.

Schumer’s proposed law just verifies what I have always suspected  —  Uncle Sam thinks they already own everything that we have worked our whole lives to amass and are only allowing us to temporarily keep it until they need it.

Don’t expect the Republicans to protect your money.   House Majority Speaker, John Boehner, on ABC’s “This Week With George Stephanopoulos”, said “there’s already a law on the books.  But this is outrageous, this is absolutely outrageous — that somebody would renounce their citizenship to avoid paying taxes.  And yes, it is already against the law”.   While he doesn’t feel the new law is necessary, he would support it if necessary.

Maybe someone should remind Schumer, Casey and Boehner (not that they would care) that Hitler passed a similar law in 1939 to prevent Jews from relocating with their money.

The Ex-Patriot Act  is a dangerous attack on our freedom.  Of course, that is just my opinion —  That and $5.00 might buy you a cup of coffee.

“My decision to expatriate was based solely on my interest in working and living in Singapore where I have been since 2009.  I am obligated to and will pay hundreds of millions in taxes to the U.S. government.  I have paid and will continue to pay any taxes due on everything I earned while a U.S. citizen.  It is unfortunate that my personal choice has led to a public debate, based not on facts, but entirely on speculation and misinformation.”   Eduardo Saverin