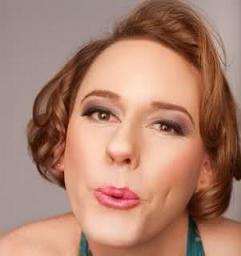 The Department of Justice has forced the University of Arkansas at Fort Smith to allow an anatomically correct male student to use the women’s restrooms on campus, despite opposition from female students.

The male student, Jennifer Braly, who describes himself as a “transgender” with a “gender identity disorder,” filed a complaint with the Department of Justice’s Civil Rights Division even though the University had offered to convert more bathrooms into “gender neutral” restrooms.

Jennifer also has his own website which he uses to beg for money for a Sex Reassignment  Surgery.   “Some saw me using the women’s public restroom and complained.  One problem to this is there are not unisex bathrooms in every building. . .”

Obviously, this is not about restrooms.  If it were, the University’s offer to convert more restrooms to “gender neutral” would have solved the problem.   This is about pushing an agenda at the expense of women.

Amanda Shook, a Senior at UA said it best  — “Even if they are a transgendered person, they are still a man and should have to use the men’s restroom.”  Apparently the DOJ doesn’t get the difference!

I warned in a previous article about  homosexual activists who  were targeting small towns to force them to add sexual orientation and gender identity as a protected class, that this would happen.

Not everything that waddles like a duck and quacks like a duck  is a duck  –    these days it could be a drake  with a “gender identity” disorder.