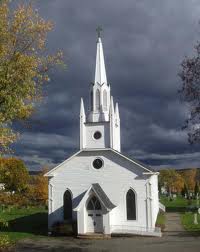 In a famous examination of early American culture, Alexis de Tocqueville made note of the influential role of religion.  He wrote, “Not until I went into the churches of America and heard her pulpits aflame with righteousness did I understand the greatness and genius of America.  America is good.  And if America ever ceases to be good, America will cease to be great.”

Do these words reflect the role of your church?  If not, consider sharing the  following  letter from  Congressman Frank R. Wolf of Virginia, and U.S. Ambassador  Tony P. Hall sent to many of the country’s most influential pastors.  The voices of America’s church leaders must be heard as the nation continues to debate the meaning of marriage.

“The Bible is clear – God’s definition of marriage is between a man and a woman.”

These simple, but provocative, words spoken by the Reverend Billy Graham, whom we have both long admired, were featured in an advertisement that ran in multiple newspapers in North Carolina leading up to that state’s recent ballot initiative on marriage.  The initiative, defining marriage as between one man and one woman, passed overwhelmingly.

North Carolina joined 29 other states in making this determination.  At the same time, national polling data indicates that many, especially the young, are increasingly open to the idea of same-sex marriage.  This generation views the issue in terms of civil rights – understandably an American virtue.  Reframing the debate in this way is a triumph for those who seek to redefine marriage.  It follows that those who date disagree and who align themselves with the historic Judeo-Christian understanding of a God-ordained union are often characterized as intolerant, bigots or worse.

It is clear that our culture has begun a profound shift.  Can you sense it?  For  millennia, marriage has not been tampered with, and yet, in a matter of decades a relatively small segment of our society has succeeded in calling into question this institution with a swiftness that would be almost inconceivable were it not reality.  The fact that ballot initiatives, such as the one in North Carolina, are even necessary speaks to the underlying crises.

In the last month alone, both the president and vice president of the United States stated their unequivocal support for same-sex marriage.  Washington Post columnist Michael Gerson described the president’s “evolution” on this issue writing, “He justified his recent switch on gay marriage, in part, as the direct application of Christian teaching.  When we think about our faith, the thing at root that we think about is, not only Christ sacrificing himself on our behalf,  but it’s also the Golden Rule, you know, treat others the way you would want to be treated.”  In 2008 he justified his support for civil unions by saying: “If people find that controversial, then I would just refer them to the Sermon on the Mount, which I think is, in my mind, for my faith, more central than an obscure passage in Romans.”

Given that the president cited Jesus, it should also be noted that in the Gospel of Matthew (19:4-6), Jesus says, “Have ye not read, that he which made them at the beginning made them male and female,”  and said “For this reason a man will leave his father  and mother and cleave to his wife” . . . Wherefore they are no more twain, but one flesh. What therefore God hath joined together, let not man put asunder.”

Talking heads and strategists in Washington are busy analyzing what constituencies have been mobilized, energized, secured or alienated by the timing of the president’s announcement.  But the implications of this shift are more far-reaching than November’s electoral outcome.  We believe that the president’s position, which he sought to justify by citing Scripture,  necessitates a response.  Not only a political response – but a reasoned, winsome, faithful interpretation of what Scripture actually has to say about God’s intent for the sacred institution of marriage.  As is befitting those who identify themselves as follows of Jesus, this apologetic for marriage must be seasoned with grace, kindness and love while also being grounded in truth.

The nation needs to hear from its church leaders on this issue.  Some segments of the church are already engaged and, if that describes you, we express our profound gratitude.  Others, however, are noticeably silent, which begs the question where are the Christian apologists who will sound the clarion call for Biblical orthodoxy on the institution of marriage?  Where are the William Wilberforce’s and the Mother Theresa’s and the C.S. Lewis’ for our day?  Who will stand in the gap?

The apostle Paul wrote to the church in Corinth,  if the trumpet does not sound a clear call, who will get ready for battle?  We fear that the trumpet’s call is muffled  –  that there  is uncertainty and confusion among people of faith in part because many of our religious leaders have not yet stepped in the void.

We are asking you, as a follower of Jesus and a leader in His church, to leverage your influence.  Consider the teachers in your congregation and the students  they shape on a daily basis, or business people wielding their influence in the marketplace, or film students seeking to address the culture.  This is where the battle will be won or lost.  Are you equipping them?  Are you encouraging them to use their own cultural platform and voice?

On this issue, as on so many others, the discussion among government leaders and opinion makers is simply a downstream manifestation of what is already happening in the broader culture, which is why your leadership is so important.

We write to you not as a Republican and a Democrat, which we are, but as men of faith who take seriously the teaching of Scripture – as do you.  German Lutheran pastor and theologian Dietrich Bonhoeffer famously said, “Not to speak is to speak.  Not to act  is to act.”  In that spirit, we implore you, with an urgency that the situation demands, to boldly lend your voice to the public square on this defining issue – for such a time as this.