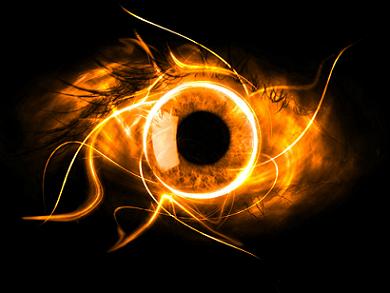 The United Nations and its band of environmental activists plan on making the Rio+20 Sustainable Development Conference the most significant environmental conference in history.   A draft planning and agenda wish list  “The Future We Want” written by ultra-liberal NGOs (non-governmental organizations), provides an unvarnished glimpse into the distorted little minds of the far-left.

“Americans, and other free world partners, along with people in developing nations who had hopes of lifting themselves out of poverty should be on their guard,” according to Craig Rucker, CEO of the Committee for A Constructive Tomorrow, a D.C. based organization that advances the needs of people, while protecting wildlife and the environment.

The UN’s international NGOs are foaming at the mouth to expand the “green economy” by including new demands for “resource justice” and new mechanisms to ensure “contraction and convergence for over-and-under-consumers of natural resources.  According to Craig Rucker, “you don’t need an advanced degree to figure out whose economies and lifestyles the activists intend to ‘contract’.”

One major item on these nuts’ wish list is to  end “speculation” in energy, raw materials and economic markets which means they want to get their greedy little hands on  control of  investment, development and resource allocation.

Another little tidbit on their wish list is to make national environmental policies subject to “international legal frameworks and regulations” and “strengthen international environmental governance. . .within the institutional framework of sustainable development.”   In English, this means they want to make national sovereignty “the most endangered species in Rio” according to CFACT president, David Rothbard.

These international NGOs want to place both nature and man in jeopardy by curbing “any technologies that might imply a serious risk for the environment or human society, including in particular synthetic biology, geo-engineering, genetic modification, nuclear energy and nanotechnology.” In other words, they want to put the kibosh on the very technologies that allow us to provide for human needs in the most efficient and least intrusive manner.

‘The NGOs most popular agenda appears to be increased funding and  powers for the UN Environment Programme (UNEP) which they want to turn into an international version of the U.S. EPA on steroids.    All they’re asking for  is a global cap and trade tax, a global financial transaction tax, fuel sales tax, air travel tax, currency conversion tax, the power to seize all funds that currently provide subsidies and tax deductions for fossil fuel and nuclear power,  and a mere 0.7% of every nation’s gross domestic product to fund their little project.

Oh, I almost forgot,  they want the U.N. to “insist” that developed nations shift “rapidly” to low-carbon energy use and cut carbon dioxide emissions by 95% by 2050.

The U.N. has admitted that production, education, consumption, individual rights and even people’s thoughts will be targeted under the global plan to create a so-called “green economy.”  But with the tidal wave of opposition in America growing stronger every day, analysts expect fierce U.S. opposition – if not from Obama, at least from the increasingly outraged citizenry.

After the conference adjourns, these nuts plan on sending their demands to state and local governments  across the globe in an all out effort to “save the planet”.     I can’t help but wonder  —  who is going to save the people!