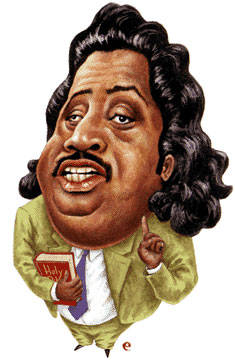 According to Sharpton, Republicans are pushing two bills in light of Obama’s new   voter incentive program, to make certain that illegals don’t receive Medicare, Social Security or Food Stamps.  “We’re talking about people that need that help here.”   Menendez agrees and said that those “Republicans were pushing bills to prevent a problem that doesn’t even exist. ”

These guys need to take their blinders off.   Not only do illegals take jobs from American citizens, they also damage the future of America’s children through fraud and identity theft.  The Social Security Administration actuary estimated that 75% of illegals obtain and use fraudulent social security numbers in order to work.

The use of forged documents and child identity theft go hand in hand because children are easy targets.  Illegals can use the child’s social security number and identification for years without being caught.

Ronald Mortensen at the Center for Immigration Studies testified at a Congressional hearing that “document fraud is not a victimless crime and the children whose social security numbers are stolen suffer real and serious harm.”  A Carnegie Mellon CyLab survey found that children are 51 times more likely to be victims of identity theft than adults.  Once the identity theft is discovered it could take years to try and straighten out the credit or criminal mess created by these illegal aliens and don’t expect any help from enablers like the Social Security Administration, the IRS, or the Department of US Citizenship and Immigration Services.  You’re on your own!

A low-income household with one or more illegal aliens in it, is more likely to get Food Stamps than a household with similar income with all members being American citizens.

The  Food Stamp program, now called SNAP is, basically income-tested.  The current gross income for a family of 4 must be less than $29,064 to qualify, unless . . . . .and that is a big unless to American taxpayers.

Congress passed legislation in 1977 denying illegals Food Stamp benefits.  In 1979 the Department of Agriculture’s regulations based on the 1977 law said that “the income and resources of an ineligible alien living in a household shall not be considered in determining eligibility or level of benefits of the household.”  In 1980 Food Stamp Amendments, Congress voted to overrule the Dept.  of Agriculture’s regulation but the bill did would not go into effect January 16, 1981.  When Reagan was sworn in, he suspended all the pending Carter era regulations thus giving illegals another 15 months to receive food stamps.  In April 1982 Reagan allowed the implementation of the Carter regulations.

That should have solved the problem, but,  politicians found another way to skirt the issue.   Application are filled out in the state where you reside.  In New York, there is nothing on the form asking for your country of birth.  California makes no bones about their immigrant policy,  as they ask if you need an interpreter.    Virginia is more concerned if you have ever been convicted of a felony than they are if you are here illegally.  They do however, ask you what language you prefer.  In Florida they mention that you must be a citizen or qualified non-citizen  but I was unable to get to their application without setting up an account.

The fraud works like this:  Take two separate families of 4  both earning $30,000 a year.  Under the federal poverty limit, neither is eligible for Food Stamps.  Now, if one of those family households contains an illegal alien,  the rule in 46 states is that the gross income of that family is reduced by one-fourth since they don’t count income earned by an illegal to figure eligibility.  The family with an illegal living in the house now only has income of $27,000 making them eligible for food stamps.

Illegal aliens have little interest in Medicare since they get all the free medical attention they need from Medicaid coverage.

Up until the 2010 election any attempt by Congressional Republicans to rein in Medicaid benefits for illegal aliens were routinely repulsed by the Democratic majority who said that the U.S. had a “duty” to accept all immigrants without question, even though no other country, including Mexico, has such an obligation.    State legislators have little incentive to follow the law and disallow illegal aliens since the amount of money they receive from the federal government is based on the number of indigent residents, legal or illegal.

A Family foundation report estimated hat 48.5 million persons were enrolled in Medicaid as of 2009 and that in 2010, Medicaid costs incresed by 8.8% which I am sure is partially due to the lack of jobs.  While noone is certain how many illegal aliens are enrolled in Medicaid the costs and debts are real.  The  Congressional Budget Office estimates Medicaid benefits received by illegal aliens at $48 billion to $76 billion annually and evidence suggests that a large portion of these costs involve fraudulent Medicaid claims by patients, medical providers and immigrant advocates or enablers.

There is also a loophole (on purpose I’m sure) in ObamaCare to allow illegal aliens to receive free health care up to 133% of the federal poverty level.

In this politically correct sphere we live in  politician are not willing to stand up for American citizens.  We are constantly bombarded by blow-hards like Al Sharpton and Obama who want us to believe that if we do not accept illegal aliens and provide full citizenship benefits upon them, we’re racists.

“The object in life is not to be on the side of the majority but to escape finding oneself in the ranks of the insane.”   Marcus Aurelius

← Muslims Throw Stones at Christians While Cops Watch and do Nothing
Obama’s Posse Rides For Truth, Justice and The Obama Way →