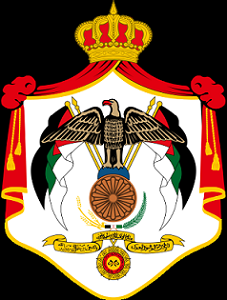 Jordanian government officials say there are growing signs that the kingdom’s powerful Muslim Brotherhood organization has plans to overthrow the regime.  According to officials, the Brotherhood has succeeded in hijacking the anti-corruption and pro-democracy protests that have swept Jordan over the past year.  They fear that the Brotherhood is spreading anti-regime demonstrations to turn Jordan into an Islamic republic, much as they have done in Egypt.

Many Arabs feel betrayed by Obama’s endorsement of the Brotherhood as it has emboldened the Islamists and increased their appetite to drive moderate and secular rulers out of the Arab World.

King Abdullah has good reason to be worried.  His concerns was reportedly one of the main reasons that Prime Minister  Khasawna was replaced.  Khasawna was a staunch supporter of rapprochement (bringing together) with the Brotherhood and its Palestinian system-movement, Hamas.

Abdullah has also taken a number of measures against a number of senior government officials suspected of embezzling public funds and abusing their power.  In  a bid to appease the anti-corruption and pro-democracy campaigners he has replaced three prime ministers since the Arab Spring began and threw  a number of officials into prison.  But no matter what King Abdullah has done, the Brotherhood continues to argue that it is not enough.

Another Jordanian official said that his government has proof that “outside forces” were backing the Muslim Brtherhood’s scheme to “spread chaos and anarchy in the kingdom” by exploiting demands for reform and democracy.  Some members of the Brotherhood visited Turkey where the met with former CIA deputy director Steven Kapps and former British M15 chief Eliza Manningharn-Buller.

Osama Rantisi, a prominent Jordanian journalist and political analyst claimed that Kappes and Buller pledged that “the U.S. government and its intelligence services will support the Muslim Brotherhood goals of reaching power.”  Of course, the U.S. and the Brotherhood have denied these charges – what else!

In Tunisia, where the Arab Spring began, the people are accusing the Ennahda Party (Muslim Brotherhood) of stealing the democratic revolution.  The liberals and secularists are angered at the Obama Administration for its assistance in helping the Brotherhood.

According to journalist Ashraf Ayadi, “people here think the U.S. is cooperating with Ennahda.”  Even though a majority of Tunisians voted against Ennahda, they still won because they got more votes than any other party giving them the right to select the Prime Minister.  “The Americas are with the Islamists.  They support Ennahda in Tunisia and Wahhabists in Saudi Arabia.”

It turns out that, just like their Egyptian counterparts, the Brotherhood in Tunisia aren’t the moderates Obama told us they were.

Rami Sghayier, a young activists who volunteers for Amnesty International said that Ennahda is “a fascist party.  They tried to convince people they’re just defending religion.  They won the election but they have a fascist program. . .it’s protecting the Salafists and other extremists.”   Using Obama tactics, the Ennahda promised the people they’d create 500,000 jobs for the unemployed to win the election and then did nothing.

The Muslim Brotherhood and their Salafist allies are now in control of Egypt, Libya, Gaza and Tunisia and stand a decent change of taking Jordan and Arab occupied areas of Judea and Samaria west of the Jordan River.

Obama and the clueless elites he surrounds himself with saw the Muslim Brotherhood as allies in what they contrived to become a new world order.  Instead, they have allied themselves with one of the most dangerous radical Islamists and Salafists groups in the Middle East.  Instead of fostering democracy, they have allowed extreme Islamist to subjugate  a people to a rule that could prove to be even more evil than the rulers  they overthrew.