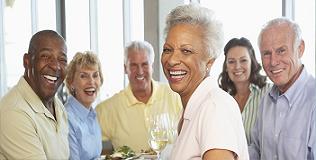 Seniors beware!  You are being swindled by the Obama administration.   Obama needs your vote if he is to win re-election – that is why he can’t afford for you to know that he is tricking you.  He wants to hide the fact that half of the costs in ObamaCare are to be paid for by the looting of Medicare.  Under the implementation schedule stipulated in ObamaCare, many seniors will either lose their plan or learn that they are going to lose their plan before the election.

In 2009 Obama said that the Medicare cuts to fund ObamaCare would “never be repealed.”  According to the CBO  cuts to Medicare  – an estimated $716 billion – will come from reducing payments to hospitals, and doctors and cutting Medicare Advantage.

To cover his butt, the Administration has been sending out full color brochures to assure seniors that the money that will be taken of our Medicare to fund ObamaCare will magically stay in Medicare to extend its solvency.   And just in case you are not as stupid as he perceives you to be, he has  also launched the $8.5 billion Senior Swindle, a taxpayer financed “demonstration project” to postpone the vast  majority of ObamaCare’s Medicare Advantage cuts  until after the election.

The Government Accountability Office (GAO) identified Obama’s “demonstration project” as a sham.  They concluded that the Secretary of Health and Human Services SHOULD CANCEL the project and consider “conducting an appropriately designed demonstration.”  In other words – tell the truth.  But that would never happen – remember, Obama needs your votes and he knows you wouldn’t sit quietly by while your Medicare Advantage plans go away.

In addition, the GAO observed that  Obama’s demonstration plan would serve no other purpose than to increase the national debt by another $8.5 billion, and questions the legality of the plan.  They raised concerns that it doesn’t fall with HHS’s section 402 authority and highlighted the project’s extraordinary scope.  There have been 85 other Medicare demonstration projects (lies) conducted since 1995 but Obama’s $8.5 billion gambit will cost more than all 85 other Medicare projects combined.

So how much is $8.5 billion?  It is more than 40 times the $197 million that Obama had raised for his re-election as of April 1.  It is more than 90 times the amount that he and Mitt Romney are each eligible to receive in general election matching funds.  In health care terms, it is more than the combined annual profits of the nation’s two largest and most profitable health insurance companies.  It is $8.5 billion of taxpayer money that could be used to prop up the failing Medicare system instead of being wasted on lies for Obama’s re-election.

Roughly 12 million seniors are on Medicare Advantage.  Surely you don’t want funding for you plan cut by an average of $17,000 per Senior over the rest of this decade.

Obama is also hoping you believe his lies about Paul Ryan wanting to “throw you off a cliff” with his proposed plans to change Medicare.  Ryan’s plan would NOT AFFECT ANYONE CURRENTLY ON MEDICARE.  Under Ryan’s plan, anyone age 55 and up will not be affected.  His plan would change Medicare from a fee from a fee-for-service entitlement to a system using federal premium support payments for those 54 and younger.

When you go to cast your ballot I hope you will remember Obama’s lies and his  unprincipled attempt to buy your vote.  A vote for Obama will assure that you will lose your Medicare Advantage policy.