Political correctness is one step removed from insanity and as the latest report from Afghanistan reveals, can also be deadly. 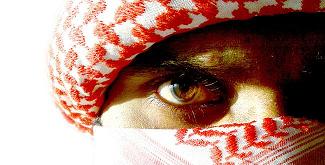 On August 10th, 6 American Soldiers were murdered by “friendly” Afghanistan forces.  A week later two more soldiers died at the hands of Afghan policemen.  In total, some 40 soldiers have been murdered since January by Afghanistan citizens working with our troops.  A year ago, there were 21 attacks against our military.

Last week, in a move the Obama administration would like their useful idiot lapdog  media buddies to ignore as much as possible, a long standing order was reversed.  U.S. troops are now required to carry loaded weapons at all times while on base.  Previously, troops quartered at bases with Afghans they were training as soldiers or policemen, were required to remove the magazines from their weapons.

Apparently it took more than 100 deaths for a military brass neck-deep in the P.C. swamp to figure out that the presence of armed Afghan trainees in the presence of unarmed American trainers gave our “trusted Afghan partners” a tactical advantage.

General Stanley McChrystal in a CBS 60 Minutes interview back in 2009 explained that “if the people are against us, we cannot be successful.  If the people view us as occupiers and the enemy, we can’t be successful and our casualties will go up dramatically.”   Luckily this nut was fired in 2010 for insubordination and was replaced by General David Petraeus who continued the politically correct Obama agenda, stressing the need to “reduce civilian casualties to an absolute minimum,” contending that the alliance “cannot kill or capture our way to victory.”   Dying at the hands of the so-called allies isn’t likely to do the trick either.

If General McChrystal and Patraeus weren’t bad enough,  after the August murders,  General John Allen, the top U.S. Commander in Afghanistan suggested that the “the rising number of attacks on U.S. troops by Afghan police and soldiers may be due in part to the stress on Afghan forces from fasting during the just concluded Muslim Ramadan.”  Couldn’t possibly be because they hate our guts and their religion demands jihad against the infidels!   At least he didn’t offend our senses by calling it “workplace violence.”

The war in Afghanistan isn’t about winning – It’s about pretending we’re going to bring Jeffersonian democracy to a bunch of Third World jihadist.   It’s abut handing the Taliban a due date for their reemergence in 2014, and up until last week, it was about making our brave soldiers sitting ducks in one of the most contemptible capitulations in the P.C. mindset ever devised.

To quote the author,  “In a better world, every hack lawyer in the Defense Department, along with the military and civilian officials responsible for formulating this strategy would be handed a helmet, a backpack, and a gun, whereupon they would be sent to the front lines and forced to implement their handiwork firsthand.  Let them work alongside their Afghan “partners” and set about “winning hearts and minds” – under the same unarmed conditions to which they were more than willing to subject our troops.

Those who believe in politically correct warfare deserve nothing less.

← Reagan Foretold Obama Over 40 Years Ago
Blame it on Bush →