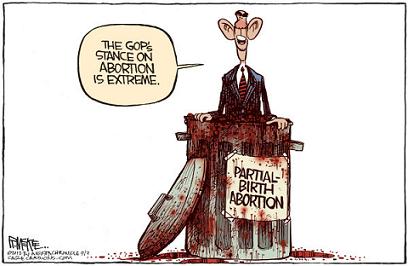 Need a reason  to vote for Obama?  His liberal followers have come up with some good ones that hopefully will make you forget our nation’s lack of leadership over the last four years.

Robert Gibbs on CNN’s State of the Union – “I don’t think there is voter disappointment.”

David Axelrod on Fox News Sunday  – The GOP convention was a bust.  “I don’t really see any bounce [in Romney’s numbers].  Throughout the week I saw absolutely no movement. . .and I think people walked away unsatisfied. . .”  “We’re in a better position than we were 4 years ago with our economy.”

Antonio Villaraigosa on C-Span’s Newsmakers – the Republican platform seeking to repeal Obama’s health care reform, deport 11 million people and ban abortions even in case of rape and incest [all lies] “looks like the platform of 1812.  “It means they’re going to make life so miserable and conditions so intolerable for the vast majority of people who are working.  . .They think the DREAM Act, fighting for your country, and making a better life is somehow a handout.”

Sr. Obama Advisor David Plouffe on ABC’s This Week, when asked  to answer “Are you better off now more than you were 4 years ago?” Ploufee gave a multiple choice quiz.  1) “It took us a long time to get into this hole, it’s going to take us a long time to get out of it.”   2) “We were close to a Great Depression and because of leadership of this president, we staved that off – We’re beginning to recover.”  3) “We’re clearing improved from the depths of the recession. . .manufacturing, lowering unemployment rate and in the auto industry.”    If you don’t like any of those, wait a few days and they’ll have more.

Democratic Maryland Governor Martin O’Malley on CBS’s Face the Nation – when asked if people are better off today than 4 years ago.  “NO, but that’s not the question of this election”,  the problems the country faces are all George Bush’s fault.  Just one day later, after Team Obama gave him a good whack on the nose, everything looks absolutely rosy.   Wonder if the “rosy” is Bush’s fault?

Obama on the campaign trail – the agenda set out by Romney was “better suited for the last century.  It was a rerun. . .you might as well have watched it on a black and white TV.”   Have baby boomers just been insulted?

Obama in interview – It’s my family’s fault” that I couldn’t lessen Washington’s partisanship and gridlock during my first term.  Right, you surely didn’t  expect him to give up golf!

According to Doris Thompson, an 82 year old woman with a rap sheet dating from 1955 who was recently arrested for burglary:  “Wouldn’t do all this nonsense if the government gave us more money.”    If it isn’t bad enough we have to support her – now she wants a raise!  If Obama wins another term she just might get it.

James Rainey of Politics Now – Paul Ryan exaggerated his marathon time [from 20 years ago].  “Voters have patience but they can quickly become displeased with politicians whose prevarications become routine.”   If that were the case no one would ever listen to Democrats talk.

John Burton, Chairman of the California Democratic Party said the GOP is akin to Nazi propaganda.  “They lie and they don’t care if people think they lie.”  There are Republicans “who truly believe the earth is flat. . .”    Seems to me Burton is confusing the two  parties.

Alec Baldwin says the reason Obama’s numbers are slipping is because he’s black  and whites are, as usual, racists – “If he were white he’d be up by 17 points.”  Gee Alec, he’s half white so by your standards he should be up at least 8.5 points.

Joy Behar of the View – people like Ryan and Romney are trying “to kill us and destroy us.”   That is about as funny as the rest of her jokes.

Rep. John Lewis – a Romney victory will send blacks back to the 1960s.  Think someone forget to tell Lewis that the Republican party was formed in the 1850s to help destroy slavery?  Or that slavery was actually abolished under a Republican president?

Joe Klein of MSNBC – a good part of the GOP grassroots “celebrate ignorance, denying evolution and global warming.”   There there go again trying to blaming us dumb Christian redneck gun toting bigots as the reason they caught lying about global warming.

Kathy Dahlkemper – Pro-life voters should support “social justice issues and the government safety net” [redistribution, abortions on demand, etc]  promoted by the Democratic Party because “abortions will rise under the GOP platform.”

Michelle wants us to know they feel our pain.  Both were graduates of  elite prep schools,  Ivy League Colleges and graduated from Harvard Law School.  Both had cushy legal jobs that allowed them to purchase a $277,000 condo in 1993 and later a $1.65 million dollar mansion in Chicago.  I don’t know about the rest of you but I sure would love to have all those problems.

According to artwork  being hawked at the DNC convention,  Barak is a Hebrew word meaning “flash of lightening” and Hussein means “good and handsome.”  One poster even shows Obama at prayer above a Bible with a headline of “prophesy fulfilled.”

The White house released two of its recipes for their own home brew.