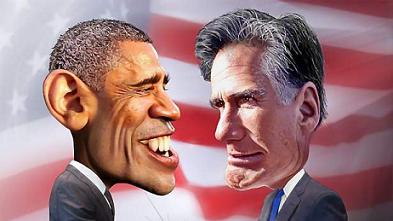 To view the world through a Christian lens is to see a truth about life that is otherwise often papered over with happy faces and motivational slogans:  The world is fallen, cracked, and flawed.  Sin has deformed everything.  It has made everybody a bit crazy.

It means that we never make choices between the perfect and its opposite.  Every choice – whether for a spouse or a car or a pastor – is a choice for some brand of imperfection.  Nowhere is this certainly more starkly revealed than in politics.  The Prussian statesman Otto von Bismarck made this point with his famous saying, “Laws are like sausages: It is better not to see them being made.”

Politics and the processes of government are usually ugly affairs that only occasionally produce satisfying results.  The start of those processes rarely closely resemble the result.  Usually a voter has to choose between “hold your nose” and “hold your nose tighter.”   Then he or she sits back and hopes for the best.

For American Christians, it is helpful to remember this as the November presidential election approaches.  They face a choice between a politically and theologically liberal Christian and a politically conservative Mormon.   Those who prefer Barack Obama, the left-leaning “Christian”, likely solved their dilemma in the last presidential election.  Millions of voters are now confronting a new moral question:  “Is there anything wrong with voting for a Mormon President?

The answer is “NO.”  In the 2012 election, voting for Mitt Romney, a Mormon former bishop, is certainly a moral option for follower of Jesus Christ.  For those who want a pro-life, pro-free market, pro-business, pro-defense, and “America first” champion, Mitt Romney is their man.  It is no sin or dishonor of God to vote for him, even though his Latter-day Saint religion is far from orthodox Christianity.

To believe otherwise is to commit to a perfectionism that would make it nearly impossible to live in this world.  If a candidate must be precisely aligned with our religion before we can vote for him, biblically faithful Christians will not be able to vote for either man in the upcoming election.  Nor could they have voted for Washington, Jefferson, Lincoln, or Reagan.

This demand for a perfect candidate would cause Christians to eliminate most presidential candidates in every election.  There will be a price to voting for Romney, of course.  The Church of Jesus Christ of Latter-day Saints will enjoy heightened visibility and influence with a Romney candidacy and much more with a Romney presidency.  Pastors will have to ensure congregations know right doctrine – a desperate need for this generation of Christians in any case.  Individual Christian voters will need to distinguish, perhaps publicly, between their vote for the politician and their fierce disagreement with that politican’s religious beliefs.

We did not create the limited possibilities of this fallen world.  We must, though, make the most righteous choices possible within this fallen world.  There is nothing inherently wrong with voting for a candidate who largely shares your political aims, no matter his or her religious views.  It is perfectly fine to consider a candidate’s religion, particularly to ensure that there are no beliefs with alarming implications for government policy.

It is good to heed the apocryphal quote summing up Martin Luther’s understand of civil government:  “I’d rather be ruled by a wise Turk than by a foolish Christian.”  For some voters, there is still danger in casting such a vote.  That’s because they confuse the role of a President with the role of a pastor.  While both are positions of leadership, they serve very different functions.

Mitt Romney fully acknowledged the many distinctions between his Mormon beliefs and traditional Christianity in his May commencement address at Liberty University.   “People of different faiths, like yours and mine, sometimes wonder where we can meet in common purpose, when there are so many differences in creed and theology.”  Romney went on to make the case that the different religions share enough moral convictions to meet in shared service.

Martin Luther said  that every Christian is a citizen in two kingdoms – a spiritual realm and an earthly realm – but nonbelievers are citizens of the earthly kingdom.  In one, God’s Word is preached, the sacraments are administered, and sins are forgiven.  God works through other means, such as natural laws, physical causes, and history, in the earthly realm.

It is entirely possible that in the next few months, the country will have its first Mormon President.  No matter which man wins the office, it’s vitally important that Christians understand that his authority is limited to the secular realm and he should not be viewed as a spiritual leader.

As evangelicals, we should always take seriously what a candidate believes about important matters bearing on public life.  It is a legitimate question, then, whether anything about Mitt Romney’s Mormon identity should concern us as we decide how to vote.  Richard Mouw, president of Fuller Theological Seminary says that he has no worries on that count.  He has spent time in dialogue with Mormon scholars and church leaders during the past dozen years and engaged in serious explorations of basic Mormon beliefs and practices and has found nothing in those discussions, or in his extensive reading of Mormon literature, that would keep him from voting for Romney.

You can read the entire article at the link provided above.