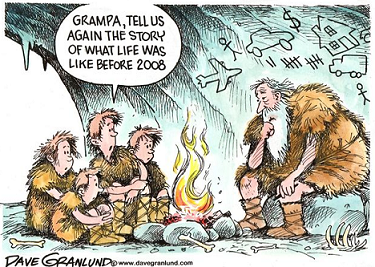 The Democratic Party platform was released late last Monday night to little fanfare.  Most of what you have read  concerned the uproar over the elimination of God,  the knife to Israel’s heart, the joyous celebration of murdering innocent babies,  and  the call for acceptance of same-sex marriage.

The introduction of the 32 page platform starts “in America, hard work should pay off, responsibility should be rewarded, and each one of us should be able to go as far as our talent and drive takes us.”   There are also calls to lower taxes on most Americans, reduce red tape on small businesses and slash the deficit by “cutting out programs we can’t afford”.    Of course, by now most Americans have figured out that government doesn’t know what we can’t afford.

To those who didn’t read the entire platform – be warned:  The actual substance of the platform calls for billions in new taxes, pushes for the further expansion of government and encourages federal spending to increase substantially.

In fact, the Democratic platform recommends launching a number of new federal schemes and increasing the funding for many existing programs.  Among the 21 new spending proposals  are:

* $453 billion over ten years to fund an expansive stimulus-like job creation scheme.   Its the same “shovel ready” scheme but with a new name.

* $18.4 billion over ten years to get the transportation sector to buy into alternative fuels.

* $6.5 billion over five years for global food security and agriculture research.  More money for chemical companies like Monsanto to poison even more of our food crops.

In total, the Democratic Party platform recommends $674.8 billion in additional federal spending over the next decade.  That is two-thirds of a trillion dollars!  And that doesn’t even include the 48% increase or more in the cost of electricity that is expected to result from the platform’s plan to mandate that 80% of America’s electricity comes from clean energy sources by 2035.

And don’t worry – they have a way to pay for all these expenditures.  Tax hikes!

According to the IRS,  only 85 million or just 59% of the 142 million Americans who file a tax return actually pay taxes.  In simple English, 59% of American taxpayers will  fund the $674.8 billion in new spending at an average tax increase of  $7,939.  And, that is dependent on that 59% having jobs when the bill comes due.

In his first year in office, Obama increased the already bloated federal budget by 14.3%.  During his tenure in the White House, Obama has grown the budget from $3.1 trillion in 2009 to more than $3.8 trillion this year.

Ironically, the title of the Democratic platform is “Moving America Forward.”   While that title may conjure up images of looking to the future – the platform spends most of the time focused firmly on the past – citing faulting previous administrations [Bush]; embracing outmoded notions of expansive, intrusive government, and championing long debunked tax and spend economic theories.

← Pro-Choice As Long As Your Choice Is Abortion
Allen West to Obama: ‘Take your traveling roadshow somewhere else’ →

1 comment for “DNC Platform: Shoving America Off A Cliff”