Your sheriff took an oath to  serve, protect everyone and uphold the Constitution of the United States. He has the power to NOT enforce any law, regulation or rule that conflicts with the people’s rights. He also has the power to arrest any Federal Agent who usurps the peoples right in his elected area.

This is the very reason everyone should know their Sheriff. If your Sheriff hasn’t the guts to protect and stand against Tyranny, then start a campaign to remove him/her from office.

The Department of Justice funded a training manual used in the State and  Local Anti-terrorism Training (SLATT) program  for law enforcement.  Apparently  certain political bumper stickers can put you on the “could be a terrorist” list, including opposition to the United Nations and support for the  Constitution and the Bill of Rights.

The documents were leaked to the Public Intelligence website and are titled Terrorism  Training For Law Enforcement.  They are also labeled as “law enforcement  sensitive.”

One of the slides – entitled “Fourth Amendment Issues” – notes that “a  suspicious map located on the passenger seat” could warrant further  investigation as a potential indicator of terrorism.

The bumper stickers read, “Know Your Rights Or Lose Them,” and “If You Love  Your Country, the U.N. Is Not Your Friend!,” and “Get US Out Of the United  Nations”.

Under the category of “Special-Interest/Single Issue Terrorism,” the slide  characterizes people who hold political opinions that “represent a fairly  popular point of view” as terrorists. Anti-abortion activists are also listed as  terrorists under this category.

Slides in the presentation also demonstrate how simple everyday, patriotic  Americans are now in the sights of law enforcement and considered potential  terrorists by definition in this manual.  Take a look at the slides from the  manual below: 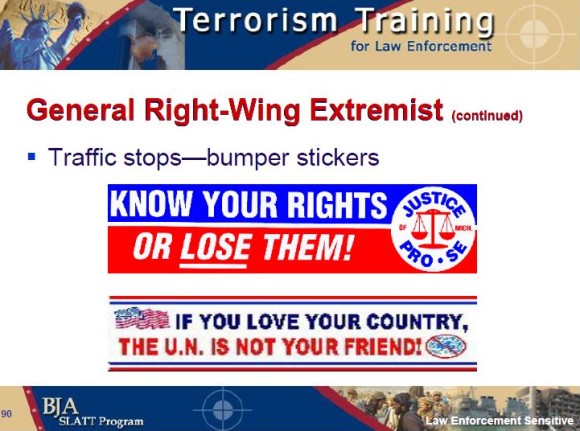 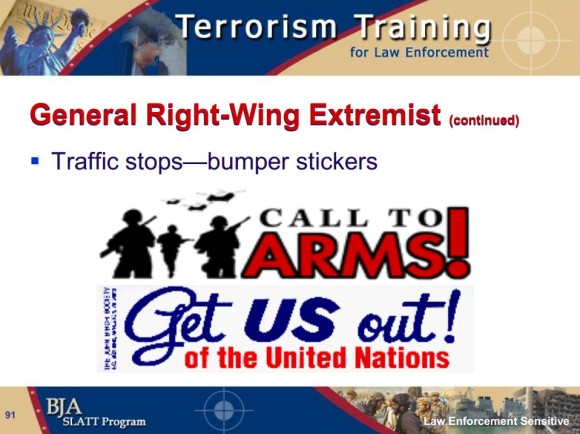 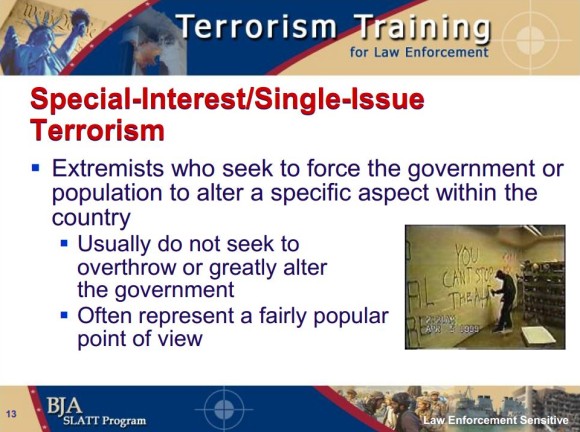 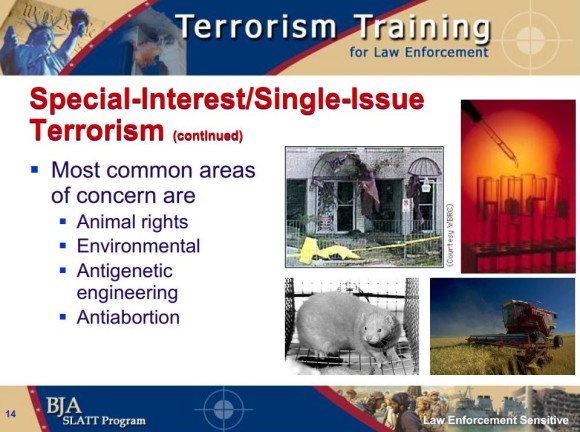 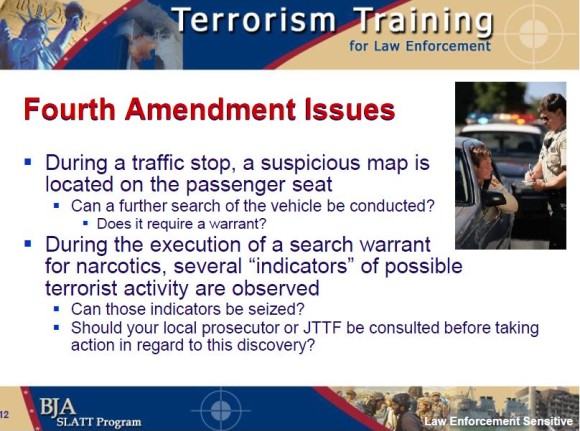 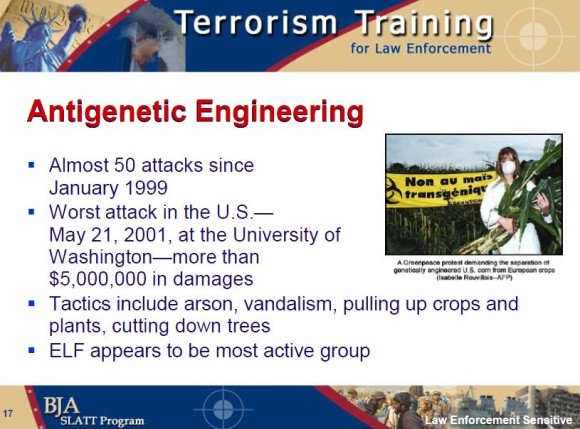 THIS IS ANOTHER COMMUNIST TACTIC BY DICTATOR OBAMA’S ADMINISTRATION! This is the doing away with your 1st Amendment rights, and a threat for you to step in line…..or else.

How anyone with an ounce of common sense could vote for this Tyrant is beyond understanding. One is either deaf, dumb, blind or just a complete moron to support their loss of freedoms.