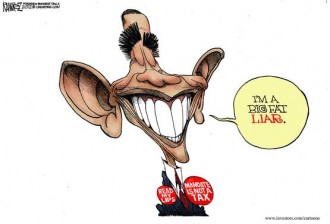 Something is very iniquitous  in our nation.

As Obama and his ilk put Catholic and Evangelical opponents of gay marriage in the same moral category as racist they continue to tell us what a “great religion” Islam is even  with the murder of American citizens  and  the burning of our embassies.

The more violence Islam produces, the more liberals insist it is a “religion of peace.”   Liberals who normally gush about the glories of free speech, especially when it is used to push Socialism or justify taxpayer support of  vile anti-Christian art,  were seen nationwide on mindless morning liberal shows to endorse the imprisonment of Islam’s critics.  MSNBC pundit Mike Barnicle actually encouraged the Justice Department to round up Florida pastor Terry Jones as an “accessory” to crimes.

Since when has the left cared about the dangers of free speech?  Art is “provocation,” according to liberals as they scolded Americans who were disgusted by Andres Serrano’s crucifix-in-urine photographs.  Free speech should be “robust,” they say to dislodge important truths.  But that free speech doesn’t apply to opponents of Islam.

The RPG-wielding terrorists in Libya had not seen the YouTube video that Obama and Hillary were using to “excuse” the murder of American citizens.   But no matter, the lies continued even in the face of evidence that the video was not behind the terrorist activities.   The lies continued to try and cover up the fact that they had been warned days in advance of the 9/11 attacks.  Lies to cover up the fact that the Obama Administration has blood on its hands.

Due to his reflexive Islamophilia, Obama will never acknowledge Islam’s role in terrorism.  A Muslim terrorist shot up a military base at Fort Hood but Obama excused it as “workplace violence.”  Terrorists have tried to blow up a plane over Detroit, attempted to bomb tourists in Times Square, and now murder American citizens overseas, yet  Eric Holder still  refuses to let the Justice Department officials identify “radical Islam” as a motive for terrorism and Obama security adviser John Brennan holds that jihad is a harmless concept of self-improvement “meaning to purify oneself or one’s community” and DHS attempts to label Christians, patriots, and returning veterans as the “real” terrorists.

Obama says that Americans must not compromise our “values” in pursuit of the enemy, even as he sells out the First Amendment to jihadists.  He is letting America’s enemies define the limits of free speech.  But what makes free speech about Islam “irresponsible” to Obama and the terrorists is not that it is false but that it is true.  Muslim mobs dragging diplomats through the streets and torching embassies conform perfectly to the stereotype to which they are allegedly objecting.

Egyptian President Mohamed Morsi demands America show more respect for the “values” of the Arab world and build a Palestinian state to soothe decades of pent-up anger.  Will Obama bend his knees to blackmail?  Will he meet with Morsi this week as he is the featured speaker at Bill Clinton’s Global Initiative in New York?

Obama says we are not to notice the smoke from these burning embassies lest it lead us to shout fire about Islam’s theology of jihad.  That is, as Hillary’s embassy officials in Cairo might say, an “abuse” of free speech.   We are not suppose to notice the smoke of terrorism anymore than we are to take note of Obama’s smoke screen of lies and excuses.

As Islam continues its advance toward America, Obama is about to release or “transfer” 55 Gitmo prisoners, despite reports that the terrorist behind the murder in Libya was a former Gitmo inmate transferred to Libyan custody.  And if releasing 55 terrorists back into the fight wasn’t bad enough, the Senate rejected 81 to 10 legislation that would have suspended foreign aid to Pakistan, Egypt and Libya.  Money that will undoubtedly be used to further terrorist activities against the U.S. and our allies.

The New York Post recently posted an article, confirmed by Rep. Peter King, that Morsi had requested as a” good will jester” toward Islam, the release of the Blind Sheik, the spiritual advisor behind the 1993 World Trade Center bombers.  While the White House is denying the story, former Federal prosecutor Andrew McCarthy says he has no doubt as to the accuracy of the report.

I agree with McCarthy.  If Obama and Hillary could look America in the eye and  lie about the intent of Islam, about the terrorists attacks on our embassies, they would have no problem turning this terrorist over to the Muslim Brotherhood.

This week Obama plans to address the U.N. General Assembly  to once again bow and apologize to the Arab world in an attempt to cover up  his appalling Middle East policies.  No doubt we will once again hear how great Islam and Sharia law are as he condemns free speech in America.

← Indefinite Detention: It’s A Go, It’s A NoGo, Now It’s A Go Again
Chemtrails And Geo-engineering: What Are They Spraying? →