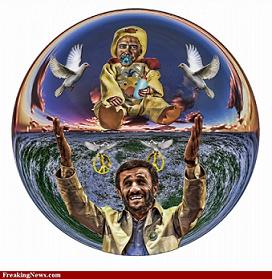 Thanks to a federal District Court Judge it has been made public that Obama turned  official Iranian policy decisions over to Trita Parsi and his National Iranian American Council (NIAC) in 2009.

The National Iranian American Council (NIAC), founded by Parsi in 2003, was publicly outed as a front group of the bloody Islamic regime in Iran in 2007, by Iranian-American journalist Hassan Daioleslam.  Parsi sued Daioleslam for defamation in 2008.  After 53 months of litigation that included 24 months of discovery and over 30 court motions, Federal District Court Judge John B. Bates granted summary judgment for Daioleslam.

Parsi’s e-mails, produced during discovery, not only confirmed his ties to the mullahs but also that he has delivered lectures to the CIA, briefed Secretary of State Hillary Clinton and began visiting  the White House  in 2009.  As recently as this past July, Parsi was hosted by Senior Adviser to the President, Valerie Jarrett.  Parsi has also had numerous secret meetings with top level Islamic Republic of Iran officials.

Court documents show that the NIAC was guilty of lying to Congress, fraudulent membership numbers, tax law violations and evasion, violation of the Lobbying Disclosure Act, and the Foreign Agents Registration Act.

In September 2009, Hillary Clinton invited a group of “Iran experts” to dinner to discuss the upcoming nuclear negotiations with Iran, among other issues.  The seven so-called  “experts”  all advocated, with minor variations, a specific policy toward Iran.  Among the guests was Trita Parsi who evidently advised the White House to share the Middle East with the Iranian regime.   Then in November 2009 Obama appointed John Limbert as the Senior Iran official at the State Department, replacing Dennie Ross.  Limbert served on the advisory board of the National Iranian American Council, which is the chief lobbyists for the Iranian regime in America.

NIAC lobbies Congress and Obama to weaken economic sanctions against Iran,  soft-pedals any controversial events in Iran and counsels patience regarding Iran’s stance toward its nuclear program.  They also oppose any military attacks on Iran.  In addition, NIAC has lobbied against continued Congressional support for the Voice of America Persia Service, Radio Farad and grants for Iranian civil society.

Those operating within the NIAC promote a policy of “peaceful coexistence” which means acceptance of the existing Iranian government and the abandonment of assistance to the Iranian people’s resistance against that regime.

Reza Aslan, a board member of NIAC, is an Iranian-American writer and scholar of religions who is on the faculty of the University of California, Riverside.  Aslan poses as a moderate Muslim while praising Hezbollah as the most dynamic political and social organization in Lebanon, is a devoted fan of the Muslim Brotherhood and spends a great deal of his time trying to pass Ahmadinejad off as a liberal reformer.  Aslan is a featured speaker at events sponsored by the Muslim Students Association, a Muslim Brotherhood group, as well at events by the Los Angeles chapter of Hamas linked Council on American-Islamic Relations (CAIR).   Aslan’s tag line on his Twitter page lists him as “Simultaneously an American spy working to bring down Iran and an Iranian agent working to bring down America.”

Persi’s group is funded in part by our favorite anti-Semetic George Soros, who  as a guest speaker at a NIAC symposium called for an equitable Nuclear Non-Proliferation Treaty and advocated for America to renounce regime-change as a goal in Iran.

For the U.S., the consequences of this game of intrigue played by Obama’s hand-picked Iranian representatives can be summed up in Obama’s  own words. “I’ve made it clear that the U.S. respects the sovereignty of the Islamic Republic of Iran, and is not interfering with Iran’s affairs.”

Why did Obama refuse to support the demonstrators  in Iran in 2009,  while  supporting  the Arab Spring in Egypt and Libya?  In 2009 while demonstrators filled the streets of Iran, denouncing the regime and crying for freedom,  Obama stood by and did nothing, opting instead  to buy ice cream and pose for photo ops on the golf course.   Perhaps Obama explained it best in his book  “Audicity of Hope” when he wrote that “I will stand with the Muslims should the political winds shift in an ugly direction.”  And, so far he has held true to that pledge – assisting Islamic forces in the takeover of nations – some even our allies.

No strike on Iran, no sanctions – just diplomacy with a genocidal  and fanatically intransigent regime.  And as long as Parsi’s group, NIAC, continues to set Iranian policy,  the Axis of Evil will continue doing business as Hezbollah in Lebanon and supporting the regime in Syria,  as they threaten to wipe Israel off the map and  develop  nuclear weapons.

Obama has turned our national security over to the enemies of America.  The Fox is in charge of the hen house!