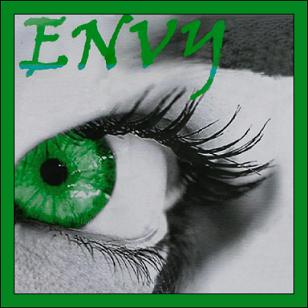 We’ve known since Obama’s 2008 campaign that he loves the idea of the redistribution of other people’s money – he actually thinks it may serve a purpose.  And he’s right, it serves to make everyone equally poor.

If Obama confiscated all the wealth in the U.S. and equally distributed it – you may have a grand life for a short period of time.  But what happens when that money runs out?   You can only confiscate the wealth that exists at any given time.  There is no way to confiscate future wealth and any future wealth will be a lot less likely to happen when you penalize people for making it.

As part of his plan to redistribute money, he wants the rich to pay a much larger share of their income in taxes.  It’s only fair! Right?

According to factcheck.org, Romney paid in 2010, $3 million in taxes, an effective rate of 13.9%.  While it is less than the amount paid by most in his income bracket, most of his income came from dividends and capital gains which are taxed at 15% rather than the higher marginal rate of 35%.  Romney dipped below the 15% mark because he donated 14% of his income to charity  – you do the math!   The median income tax rate for the top 1% of wage earners is 23.6%.

According to the nonpartisan Tax Policy Center, when you include income tax, payroll taxes paid both by the employee and employer, people in the middle 20% pay an effective tax rate of 15.5%

But, according to the the Economic Report of the President, the median effective tax rate for the middle 20% of taxpayers in 2012 is 13.3% when you include income, payroll and corporate taxes.

If you use the President’s own Economic Report, Romney paid at a higher rate than middle income Americans.  The top 1% of wage earners paid almost double what than median effective rate for middle income taxpayers  — how is that fair?

What is fair about taking wealth from those who earn it and giving it to those that don’t earn it?

So is Obama right?  Has the top 1% accumulated wealth at the expense of the rest of us?  No – America is still a land of opportunity where people of all income groups move up and down the income elevator.  Over the last 30 years the middle class grew richer – at least until the 2008-09 recession.  Between 1982 and 2007 median family income rose about 22%.  Per capita income grew even faster – just above 50%.

Diana Furchtgott-Roth of the Manhattan Institute says that to accurate gauge relative wealth, you have to take into account the things that people can buy today, versus 10, 20 and 30 years ago.    In the 1970s most of lived without personal computers, the Internet, cellphones, iPods, GPS systems, DVD players, flat screen TVs, cable TV and almost all products and gadgets from the digital age.  Nor would you have had access to most of the medical technologies, drugs and vaccines that have come on the market in the past 30 years or so.   Today, even “poor” families have access to products that even the middle class couldn’t afford in the 1970s.

By  analyzing Census data on household spending patterns, Furchtgott-Roth says that currently, the wealthiest one-fifth of Americans consume $28,272 a year per person; the middle class consume $15,639 and the “poor” consume $11,247.  So then it is obvious that while top corporate officers and entrepreneurs may earn 100 times more than their employees, they do not consume anywhere near 100 times more.  The single largest increase in expenditures for low-income households over the last 20 years was for audio and visual entertainment systems which was up about 120%.

The Forbes 400 list of richest people also confirms that America remains a land of opportunity.  Of the 400 richest, only 32 were on the list when it began in 1982.  Only 18% inherited their whole fortune, while about 79%, people like Amazon founder Jeff Bezos and Dell computer founder Michael Dell, amassed fortunes by giving the rest of us products we wanted.  While family parentage may matters, individual initiative and achievement matter even more.

In 2010, after nearly one full year of Obama’s radical spending and taxing policies, American family incomes of every race  declined by 2.2%.   The poverty rate rose as did the number of Americans losing their homes.   Obama may have inherited a mess, but his policies have done little to stop the decline and in most instances, have added to the decline.

The real impediment to the American dream may be exactly the policies that Obama has pursued to “transform” the country – higher taxes on the rich and unaffordable new programs like Obamacare.  Not to mention  the trillion dollar deficits that will have to be repaid by our children, our grandchildren and our great grandchildren.

Has greed and envy become the new motto of America?  Greed is an excess desire for getting or having something that belongs to another.  Envy is, according to Aristotle,  the “pain at the good fortune of another.”     Thomas Aquinas said that “envy, according to the aspect of its object, is contrary to charity, whence the soul derives its spiritual life.  Charity rejoices in our neighbor’s good, while envy grieves over it.”

To some it might sound reasonable for government to make life more fair but when they take your money and your freedom trying to do that – life becomes less fair.  Everyone is poorer and less free.

If you want to talk fairness lets talk about respecting other people and their freedom and their property.  Real fairness requires limiting government power – the same rules for everyone – no special favors – no handouts.

Greed and envy are two sides of the same coin.  Both are a sickness that Obama is encouraging.

Source: Who’s The Fairest of Them All?: The Truth About Opportunity, Taxes & Wealth in America by Economist Stephen Moore