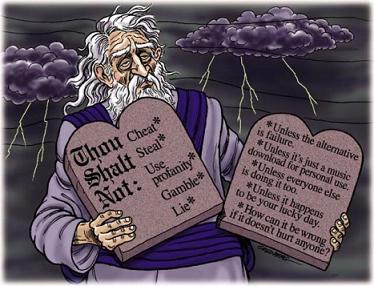 There are some things that are morally and intrinsically evil and can never be turned into something good no matter what the circumstances. Bishop Antonio Marino

In December 2010, Representative Barney Franks, speaking at a ceremony marking the end of the military’s Don’t Ask, Don’t Tell policy, crowed about further pro-homosexual initiatives.  “For those who are worried about the radical homosexual agenda, let me put them on notice – two down, two to go.”

One of the pro-homosexual initiatives Franks referenced was the Non-Discrimination Act (ENDA) which would have put true Christian organizations on the wrong side of the law.  The second Barney and his friends would like to do away with is the Defense of Marriage Act, which defines marriage as being between one man and one woman.  Obama went so far as to declare the law unconstitutional and told Justice not to defend it in court.

Americans who identify themselves as “gay” comprise only about one to three percent of the population yet the far left homosexual groups like the Human Rights Campaign (HRC) represent per capita one of the most powerful well-funded political lobbies.  HRC and its counterpart the HRC Foundation have an annual budget in excess of $50 million.

The homosexual lobby is pushing a specific agenda to remove all traditional notions of sexual morality and replace them with the post-modern concept of sexual relativism. Sexual relativism simplified  – if it feels good, do it – there is never right or wrong when it comes to sex. Christian values are branded homophobic, hateful or discriminatory.  Words are weapons.  Name calling puts the burden on Christians to defend who we are.

All of this is done under the banner of “tolerance”.  Tolerance, as defined by Webster’s New Collegiate Dictionary is having sympathy or indulgence for beliefs or practices differing from or conflicting with one’s own.    The gay rights definition of “tolerance” is quite different.  They want total and absolute
acceptance of their lifestyle as a normal alternative. Christians must accept their morality and behavior as equal  – Christians must  embrace  and celebrate it.   Nothing else will do!

Good and evil are opposite sides of the coin.  Good operates in the light and evil in the darkness.  Christians embrace the light.  Thus, to the gay right activists, Christianity must be eliminated.  This is a goal also embraced by  socialists.  Woe unto them that call evil good, and good evil; that put darkness for light, and light for darkness; that put bitter for sweet, and sweet for bitter! Isaiah 5:20

According to the Socialist anti-Christian United Nations  ”referencing religious beliefs, the moral character of society and similar arguments, states have been able to marginalize and relegate sexual rights.  Sexual rights are about more than just the right to sexual self-determination, they include the right to public/social recognition of their specific sexual identities.   The religious based argument not only denies sexual rights, it also denies human rights.  Sexual rights are human rights and are thus inalienable rights.”

Martin Luther King, Jr. said “if we are to go forward, we must go back and rediscover those precious values – that all reality hinges on moral foundations and that all reality has spiritual control.”     America has become so hypnotized by the mindless drone of “tolerance” that we are losing sight of our moral compass and are mindlessly embracing anything.  Tolerance is the virtue of men who no longer believe in anything.

We see it every day in our ministers who have embraced the far left agenda of neutralizing God’s word. In I Cor. 6:9-10 we read  “Know ye not that the unrighteous shall not inherit the kingdom of God? Be not deceived: neither fornicators, nor idolaters, nor adulterers, nor effeminate, nor abusers of themselves with man,  nor thieves, nor  covetous, nor drunkards, nor revilers, nor   extortioners  shall inherit the kingdom of God.  The Greek word effeminate used in the King James Bible is arsenokoites  – meaning a  sodomite.

George Washington said that morality cannot be maintained without religion;  that ” whatever may be conceded to the influence of refined education on minds of peculiar structure, reason and experience both forbid us to expect that national  morality can prevail in exclusion of religious principle.”  When morality leaves the minds of a nation, evil prevails.

There is a great must read article written for the Arizona Conservative by columnist Marcia Barlow .

History teaches us that virtually every great civilization, after reaching prosperity and success, began to relax or ignore its moral codes. The people began to enter into sexual  immorality and promiscuity and then fell.   Historian Edward Gibbon who wrote “The Decline and Fall of the Roman Empire” said that one of the principal reasons for the fall of the Roman Empire was the dissolution of the families.  The ancient Greeks, Canaanites, Syrians, Phoenicians, and Greeks practiced homosexuality as part of their religious practices.

When God gave the commandment to not commit adultery, he was protecting the sanctity of marriage.  Marriage is the most basic of all human relationships and should be guarded from every form of attack.

In order to “win” Secularists have tried to change the meaning of God’s word to fit their agenda.  They say that Jesus did not condemn homosexuality.  The law strictly forbids homosexuality and Christ said he came NOT to destroy the law or the prophets but to fulfill the blood rituals and sacrifices.   Matt: 5:17

Secularists say that the Bible condemns homosexual lust but not love.  The Bible condemns lust for everyone, that’s true but, the Bible  also condemns homosexuality.  In Romans 1:24-27 we read that  “Wherefore God also gave them up to uncleanness through the lusts of their own hearts, to dishonour their own bodies between themselves: Who changed the truth of God into a lie, and worshipped and served the creature more than the Creator, who is blessed forever.  Amen. For this cause God gave them up unto vile affections:  for even their women did change the natural use into that which is against nature: And likewise also the men leaving the natural use of the woman, burned in their just one toward another; men with men working that which is unseemly and receiving in themselves that recompense of their error which was meet.”

Claiming to be religious does not make one a Christian, any more than calling a building a Church makes it a House of God. God loves all of his children but it does not stand to reason that he loves their choices or will condone what they do that goes against His Word.