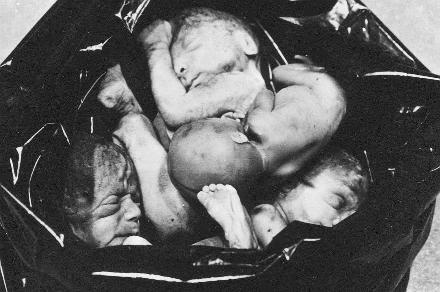 ObamaCare’s threat to our religious liberty is now an even greater danger with the re-election of Obama and with the spineless Speaker of the House who seems to think that Obama’s re-election means we should surrender to the inevitable.

Prior to the election there were 40 lawsuits on behalf of some 100 plaintiffs against the federal mandate to provide free insurance for contraception, sterilization and abortion, that fall into two broad categories:  those filed by nonprofit organizations and those filed by business owners.

The Justice Department has not responded to the merits of the nonprofit lawsuits – instead opting to have them thrown out of court as “premature.”  Justice says that the courts should not hear the lawsuits now because of its nonbinding promise of an accommodation by August 2013.    At least two courts have agreed with the government and dismissed the lawsuits but they will be reviewed by the D.C. Circuit Court of Appeals in December.

HHS’s  nonbinding “accommodation” for certain religious organizations was issued back in February but, as cover for Obama’s re-election campaign,  they left the details fuzzy and postponed finalizing it until August 2013.  Most religious organizations are highly skeptical that this new accommodation will resolve anything.  Obama’s earlier “compromise” constructed a religious employer exemption so narrow that the ministries of Jesus Christ and Mother Teresa wouldn’t qualify.

Two of the business lawsuits have already met with some success.    Because the government’s supposed “accommodation” doesn’t cover businesses,  Justice had to respond on the merits of the case.  The government’s response: “a person who goes into business to make a profit loses any right to exercise religion in his business pursuits.”    Using the government’s logic (?) a Kosher butcher would presumably have no religious rights to stock only kosher products.

Both businesses have received preliminary injunctions from federal judges in Colorado and Michigan but this fight is far from over.  The government wants to enforce its own theology of how God and mammon should mix but, government’s interpretation would bar individuals from providing for their families in ways consistent with their religious beliefs.

The Supreme Court has long recognized that even corporations may exercise free speech rights.  The mandate suits are asking courts to recognize that business owners have some right to weave their faith into how they run their businesses, including the right not to cover drugs the owner’s believe implicates them in abortion.

Father Pavone, the National Director of Priests for Life said that with Obama’s re-election, the lawsuits “are more important than ever.  This administration is on a collision course with the Catholic Church and with anyone who treasurers the religious liberty guaranteed by the Constitution.”

If Obama thought that his re-election would force the U.S. Conference of Bishops to back down, he was wrong.

N.Y. Cardinal Timothy Dolan said that while church leaders are open to working toward a resolution they will continue with their lawsuits.  “The only thing we’re not prepared to do is give in.  We’re not violating our conscience.  I would say no door is closed, except for the door to capitulation.”

Congressman Chris Smith hit the nail on the head when he told pro-lifers that Obama’s attack on conscience protection is being done to pave the way for a future where “abortion will be construed as preventive health care” and “religious hospitals” will be squeezed out.”

Liberals give more thought and sympathy to what they call the “barbaric” death penalty or to an enemy killed by American soldiers,  than they do to the murder of an  innocent baby.

But no matter how they frame it – the deliberate murder of an unborn child is evil.