All that is necessary for the triumph of evil is that good men do nothing.   Edmund Burke 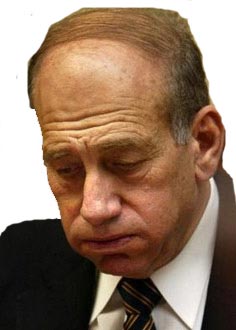 Thanks to low turnout by those who claimed to respect traditional values, and the no-turnout from Christians and Conservatives who refused to vote,  America will reap dire consequences.

Tia Ghose, a blogger for  Live Science, no bastion of Christian conservatism (quite the opposite), seemed pleased to inform its readers of the social changes coming from national and state election results on November 6.  In “5 Ways the Election Will Affect Social Issues.”

The new laws set the stage for a showdown between the federal and state governments. Under federal law, marijuana is an illegal drug with no beneficial use, and the Department of Justice said its enforcement policies haven’t changed. Obama hasn’t yet said whether, or how, he’d enforce federal laws that clash with the new state laws.

2. Gay marriage:   Maine and Massachusetts passed ballot initiatives to legalize gay marriage.     Obama’s re-election stands to be a boon for gay-marriage supporters. Though he initially  said he opposed allowing gay and lesbian couples to marry, the president said in May that his views had “evolved,” and he instructed the Department of Justice to stop defending the Defense of Marriage Act in court.

3.  Immigration: “In his second term, Obama is likely to renew the push for comprehensive immigration reform, according to news reports. He  also is likely to push for the passage of the DREAM Act, which would provide people brought here illegally with a path to citizenship if they attend college or enroll in the U.S. military.

4. Abortion:  “Obama’s re-election also may be good news for supporters of abortion rights. With the liberal wing of the Supreme Court aging, Obama may have the chance to nominate one or even two Supreme Court Justices, shoring up support for abortion rights on the court,” Ghose wrote.  “It also means that any national abortion legislation will arrive on Obama’s desk for signing before it can be approved.”

5. Death:  “The country may be divided on when life begins, but it’s also conflicted about death.”   Assisted suicide and the death penalty  came up for votes, with mixed results. Massachusetts narrowly rejected a ballot measure to allow terminally ill patients to commit suicide with the aid of a doctor.  California resoundingly defeated a measure that would have abolished the death penalty and converted all death-row sentences to life without parole.

In an 18-minute video on YouTube, Frank Turek  explained why Christians should be involved in politics.  The difference between night-time view of the Korean peninsula show why: the south is brightly lit, and the north is dark — because of politics.   All laws legislate morality, he says.  If we do not present morality effectively, society will pay the consequences.

Many have the mistaken notion that good is merely the absence of doing that which is wrong.  But James 4:17 tells us otherwise.  “Therefore to him that knoweth to do good and doeth it not, to him it is sin.”

← Another Scapegoat for Obama Administration
GOP Has Failed Conservatives →