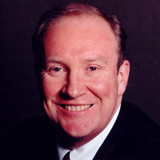 Andrew C. McCarthy is the author of the New York Times bestsellersThe Grand Jihad and Willful Blindness. He is a contributing editor at National Review and co-chairs the Center for Law & Counterterrorism at the Foundation for Defense of Democracies.

In the historic 2010 midterm elections, conservatives gave  Republicans a chance to prove that they’d repented of their  huge-spending nanny-state ways. It was not that conservatives were won  over by a Republican establishment that, during the Bush years, had run  up an astounding $5 trillion of debt while creating new entitlements and  launching an ill-conceived experiment in sharia-democracy building.  Instead, it was that we needed to stop Obama’s doubly expensive gallop  to the left, to a post-American rejection of our liberty culture. In the short term, Republicans were the only game in town.

The Republican party says  what it believes must be said to entice conservative votes at election  time, but it is not remotely serious about implementing limited  government policies or dealing with the two central challenges of our  age, existentially threatening deficit spending and Islamic supremacism.

Under the leadership of progressive-lite House Speaker John Boehner  and his fellow professional Washington moderates in the GOP Senate  leadership, congressional Republicans agreed to budgeting that  internalized into its baselines Obama’s exorbitant stimulus spending.  They signed off on a reckless extension of the government’s line of  credit to an astounding $16.4 trillion, then cynically insulted our intelligence by attempting to obscure and deny their approval of it – and presently,  they are laying the groundwork to raise this “debt ceiling” it to a  mind-boggling $19 trillion, the next stop on the road to $22 trillion  and beyond. As Mark Steyn observes, the federal government now borrows a staggering $188 billion per day, adding $1 trillion to the debt every nine months. Contrary to what  the GOP tells you, none of this could happen without the approval of  the Republican-controlled House.

To get some perspective, it took over 200 years for the country to  run up $5 trillion in debt. Under current Republican leadership, $5  trillion was added in just the eight years of the Bush administration.  Another $5-plus trillion has been added in just four years under Obama.  With over a trillion dollars in purportedly “extraordinary” stimulus  spending now baked in the ordinary budget cake, Leviathan’s spending now  doubles the $1.9 trillion stratosphere it hit just eleven years ago. In  the Bush years, the GOP zoomed it to $3 trillion before the economy  tanked in 2007-08, largely thanks to the bipartisan insanity of  financing mortgages for people who couldn’t afford them. On the current  trajectory pushed by Obama with Republican acquiescence – and without  accounting for catastrophes both foreseeable (e.g., a rise in interest  rates, war, the real costs of Obamacare) and unforeseen – expenditures  will top $4.5 trillion at the end of Obama’s second term.

Yes, Obama is driving this suicide train, but he has lots of company  up front. The vaunted Ryan budget plan – over which Republicans thump  their chests – would escalate spending to $4.9 trillion by 2022.  It claims what Republicans always claim: they’re going to get serious …  tomorrow … or maybe the next day – or the next decade. Indeed,  Congressman Ryan would balance the federal budget by … wait for it … 2040.  That is, in some future decade, long after many of us die fat and happy  on the stolen prosperity of our children and grandchildren, the skies  will open and the mythical disciplined political class will descend to  impose responsible governance. Until then, Party on dudes! And  never you mind that as Ryan and Boehner and McConnell and the rest well  know, today’s session of Congress cannot bind future Congresses. The  guys who can’t even control 2013 never have any trouble telling you how  well they’ve arranged things to run in 2040.

In weaving their story that Obama alone is the catalyst of our  crisis, the Republican establishment counts on the constitutional  illiteracy of the electorate. The inescapable fact, however, is that all  taxing and spending bills enacted by the federal government must  originate in the House. The GOP’s all purpose abdication mantra, “We’re  only one-half of one-third of the government,” would be laughable if our  straits were not so dire. When was the last time you heard the  left-leaning bloc of Supreme Court justices say, “We can’t impose our  policy preferences on the country. After all, we’re only one-half of  one-third of the government”? When was the last time President Obama  restrained himself from issuing executive orders conferring, say,  privileges on illegal aliens, by explaining that he is only is only  one-third of the government (a third, mind you, with zero constitutional  authority confer anything).

In constitutional law, the pertinent issue is never what percentage  of total power is allocated to a branch. The question is: Which branch  is given supremacy over the relevant subject matter. On the subject  matter of taxing and spending – including the task of setting the  parameters of the government’s authority to borrow and spend – Congress  is supreme and the House has pride of place. It is certainly true that  congressional Republicans cannot force President Obama to sign bills and  cannot, given the number of Democrats in both chambers, expect to  override presidential vetoes. Nevertheless, spending requires  legislative authority that originates in the House. It is not a matter  of executive diktat. President Obama would not have a dime to spend  unless the House and the Senate agreed to give it to him. The government  could not borrow more money for President Obama to spend unless the  House and the Senate both authorized the borrowing.

It is not that Republicans are powerless to tackle our debt crisis.  It is that they lack the will. Just as they are stuck politically in  1964 – having forgotten the Reagan landslides, they’ve convinced  themselves that embracing conservatism leads inevitably to Goldwater  thumpings – Republicans are frozen in 1995 when it comes to spending.  Even though the national debt is now well over three times (soon to be  four times) what it was when Bill Clinton and the pre-Fox media  successfully demagogued them for shutting down the government, the  Republican establishment clearly believes it lacks the competence to  make a convincing public case that there is no more money left.

The spendaholic government that the Republican establishment has  colluded with Democrats to give us has created a debacle in which  mandatory spending (entitlements plus interest on the debt) now outstrips revenues by a quarter of a trillion dollars (and rising fast). That is, we are already in a perennial, structural  $250 billion debt hole before the government proceeds to pile on its  enormous discretionary spending – including $700 billion in military  spending and added tens of billions in other national security spending  that Republicans would increase if given their druthers, along  with another $600 billion and change spread over an endless array of  matters that Republicans, in apparent agreement with Democrats, have  decided that the states and the people cannot handle without federal  instruction.

The current crop of Republican leaders has shown no  stomach for the fight. In fact, notwithstanding that President Obama lost a remarkable ten million votes from 2008 in his narrow reelection last week (i.e., 13 percent of his  support), House Speaker John Boehner is treating him as if he has a  mandate to continue his failed policies – as if the country and its  representatives have no choice but to roll over on the immensely  unpopular Obamacare law and concede on feeding Leviathan even more  revenue and borrowing authority without deep cuts in spending (see Jeff  Lord’s account, here).

By reappointing Boehner and his leadership colleagues today,  Republicans are telling us that their answer to failure is more of the  same. They have a right to make that choice, but there is no reason why  Americans who are serious about our challenges should follow along. The  Republican establishment is content with more government, more debt, and  more entanglement with our enemies. When called on it, they tell us  they are powerless to stem the tide. But the problem is the lack of will  and a sense of urgency, not lack of power. It is time to find a new  vehicle to lead the cause of limited, fiscally responsible,  constitutional government. The Republicans are telling us they are  unwilling to be that vehicle. If that is the case, it is time to move  on.

← When Good People Do Nothing
Progressive Brownshirt Brigade →