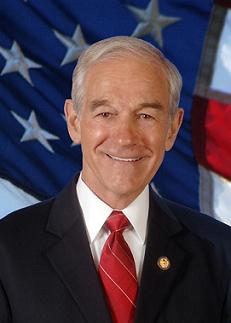 The major stumbling block to real change in Washington is the total resistance to admitting that the country is broke. This has made compromising, just to agree to increase spending, inevitable since neither side has any intention of cutting spending.

The country and the Congress will remain divisive since there’s no “loot left to divvy up.”  Without this recognition the spenders in Washington will continue the march toward a fiscal cliff much bigger than the one anticipated this coming January.

I have thought a lot about why those of us who believe in liberty, as a solution, have done so poorly in convincing others of its benefits.  If liberty is what we claim it is- the principle that protects all personal, social and economic decisions necessary for maximum prosperity and the best chance for peace- it should be an easy sell.  Yet, history has shown that the masses have been quite receptive to the promises of authoritarians which are rarely if ever fulfilled.

If authoritarianism leads to poverty and war and less freedom for all individuals and is controlled by rich special interests, the people should be begging for liberty.  There certainly was a strong enough sentiment for more freedom at the time of our founding that motivated those who were willing to fight in the revolution against the powerful British government.

During my time in Congress the appetite for liberty has been quite weak; the understanding of its significance negligible.  Yet the good news is that compared to 1976 when I first came to Congress, the desire for more freedom and less government in 2012 is much greater and growing, especially in grassroots America. Tens of thousands of teenagers and college age students are, with great enthusiasm, welcoming the message of liberty.

I have a few thoughts as to why the people of a country like ours, once the freest and most prosperous, allowed the conditions to deteriorate to the degree that they have.

Freedom, private property, and enforceable voluntary contracts, generate wealth.  In our early history we were very much aware of this.  But in the early part of the 20th century our politicians promoted the notion that the tax and monetary systems had to change if we were to involve ourselves in excessive domestic and military spending. That is why Congress gave us the Federal Reserve and the income tax.  The majority of Americans and many government officials agreed that sacrificing some liberty was necessary to carry out what some claimed to be “progressive” ideas. Pure democracy became acceptable.

They failed to recognized that what they were doing was exactly opposite of what the colonists were seeking when they broke away from the British.

The damage to the market economy, and the currency, has been insidious and steady.  It took a long time to consume our wealth, destroy the currency and undermine productivity and get our financial obligations to a point of no return. Confidence sometimes lasts longer than deserved. Most of our wealth today depends on debt.

The wealth that we enjoyed and seemed to be endless, allowed concern for the principle of a free society to be neglected.  As long as most people believed the material abundance would last forever, worrying about protecting a competitive productive economy and individual liberty seemed unnecessary.

This neglect ushered in an age of redistribution of wealth by government kowtowing to any and all special interests, except for those who just wanted to left alone.  That is why today money in politics far surpasses money currently going into research and development and productive entrepreneurial efforts.

The material benefits became more important than the understanding and promoting the principles of liberty and a free market.  It is good that material abundance is a result of liberty but if materialism is all that we care about, problems are guaranteed.

The crisis arrived because the illusion that wealth and prosperity would last forever has ended. Since it was based on debt and a pretense that debt can be papered over by an out-of-control fiat monetary system, it was doomed to fail.  We have ended up with a system that doesn’t produce enough even to finance the debt and no fundamental understanding of why a free society is crucial to reversing these trends.

Without an intellectual awakening, the turning point will be driven by economic law.  A dollar crisis will bring the current out-of-control system to its knees.

If it’s not accepted that big government, fiat money, ignoring liberty, central economic planning, welfarism, and warfarism caused our crisis we can expect a continuous and dangerous march toward corporatism and even fascism with even more loss of our liberties.  Prosperity for a large middle class though will become an abstract dream.  The rules of the market will extract its pound of flesh and it won’t be pretty.

The current crisis elicits a lot of pessimism.  And the pessimism adds to less confidence in the future.  The two feed on themselves, making our situation worse.

You can read Congressman Ron Paul’s speech in full at this link or watch the video below.   He will sorely be missed.

← Al Gore: The Pizza Delivery Boy
Is Obama Coming For Our Guns? →