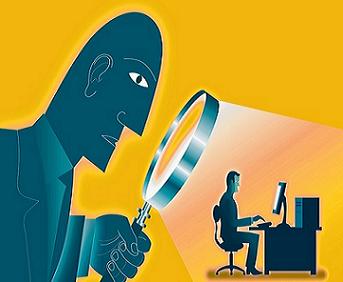 Most of us are familiar with the attacks against Internet freedom that have been proposed over the last year through bills  like SOPA, or PIPA., both anti-free market attempts to control content.   Or the left’s undying advocacy for “Net Neutrality which would prevent telecoms from divvying up their bandwidth and charging sites for quick load times.  A new document from Ron Paul and Rand Paul called “The Technology Revolution” lay out the Pauls’ roadmap for where they’ll focus their considerable leverage in protecting a free unregulated Internet.  And it looks like we will need all the help we can get.

The International Telecommunications Union (ITU), an obscure U.N. agency that develops voluntary stands for international phone networks and communications satellites, is mulling whether or not to adopt new rules that could have a deeply profound and detrimental effort on the Internet.

The process began in Geneva this year that could result in a new treaty giving the U.N. unprecedented powers over the Internet.  Dozens of countries like Russia and China are pushing hard to reach this goal by the end of this year.  Prime Minister Vladimir Putin said last year that his goal and that of his “allies” was to establish “international control over the Internet” through the  ITU.  If successful, these new regulations would well end the Internet as we know it.

Since the Net’s inception, engineers, academics, user groups and others have convened in bottom-up nongovernmental organizations to keep it operating and thriving through what is known as a “multi-stakeholder” governance model. This consensus-driven private-sector approach has been the key to the Net’s phenomenal success.

Net access is improving the human condition and no where is this more evident than in developing countries where unfettered Internet technologies are expanding  economies and raising  living standards.  Therein lies the rub.  Countries like Russia, China, and Iran want to renegotiate the 1988 treaty that was established in Australia that basically deregulated the Internet.  How better to expand their tyranny than close off the information highway.

In preparation for the World Conference on International Telecommunications (WCIT) to be held December 3-14, 2012,  in Dubai,  the World Telecommunication Standards Assembly (WTSA) is meeting November 20-29  to establish new regulations for the Internet that would give control over to the United Nations.   Although negotiations have been “behind closed doors” some of the proposed changes have leaked out.

Pro-regulation forces are, thus far, much more energized and organized than those who favor the multi-stakeholder approach. Regulation proponents only need to secure a simple majority of the 193 member states to codify their radical and counterproductive agenda. Unlike the U.N. Security Council, no country can wield a veto in ITU proceedings. With this in mind, some estimate that approximately 90 countries could be supporting intergovernmental Net regulation—a mere seven short of a majority.   And if that isn’t bad enough, Putin wants the current  head of the ITU, Hamadoun Toure, to become the new Internet Czar.  Toure was educated at the Leningrad Institution and at the Moscow Technical University.

Changing the current free access model to one regulated by International treaty will partition the Internet, will destroy free trade and national sovereignty, impair Internet growth and destroy cross border technologies such as cloud computing.

The past five years have seen an explosion in the liberty movement, fueled in large part by the Internet. Preserving that freedom is crucial if the liberty movement is to continue its progress. Therefore, all activists in the liberty movement have a stake in the battle for Internet freedom. We must be ready to come together to fight any attempt to increase the federal government or International  power over the Internet, regardless of the supposed justifications. We must resist voices from both the political right and left which alternatively seek to legislate morality or enforce political correctness with force.   Copyright protection, pornography, cyberterrorism, gambling, and “hate speech” are merely excuses for doing what all governments have done throughout human history: increase their size, scope,  power and control.