The race for the Governor of Virginia is now in full swing.  Having burnt out on the long, nasty  presidential campaign,   I had sort of hoped for a break  but it seems that is not going to be the case.

In  June of this year the newly constituted State Central Republican Committee voted to change the manner in which they will nominate  candidates in 2013,  from a statewide primary to a closed party convention, claiming it will  save the state money and keep the Democrats and Independents from meddling in party business.  Proponents of state primaries  claim  the  decision will create the impression that the Republican  party is an exclusive party.   Whatever the case –  the primary is gone.

In another development,  while we originally had two Republican candidates,  Attorney General Ken Cuccinelli and Lt. Governor Bill Bolling, vying for the nomination,  the situation has changed dramatically.

Lt. Governor Bill Bolling has removed himself from the nominating process. “I reluctantly concluded that the 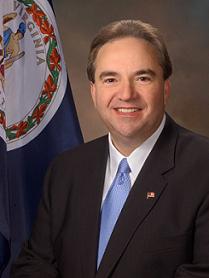 decision to change the method of nomination from a primary to a convention created too many obstacles for us to overcome.  In addition, I know how divisive conventions can be, and I was concerned that a prolonged campaign between Mr. Cuccinelli and me could create deep divisions within our party.  The convention process would have forced Republican activists to take sides against their friends in local committees all across our state.  The wounds that can develop from that type of process are often difficult to heal.  Conventions are by their very nature exclusive, and at a time when we need to be projecting a positive image and reaching out to involve more Virginians in the Republican Party, I am unwilling to be part of a process that could seriously damage our image and appeal.  While it may have been in my self-interest to have continued the campaign and done my best to win without regard to the consequences of those actions,  I have never chosen to place my self-interest ahead of our Party’s best interest, and I will not do so now.”

Ken Cuccinelli says that he believes:  “Our country was founded on the belief that our rights don’t come from the government, they come from our Creator. The Constitution was set up to limit the size and scope of government, not the liberty of individuals.  The first principles from The Declaration apply everywhere, at all times, and they have endured the test of time.  “That to secure these rights, Governments are instituted among Men, deriving their just powers from the consent of the governed.”

Much like Bill Bolling, Cuccinelli is a strong fiscal conservative who believes in small government.   But, as Attorney General Cuccinelli has seen his name in the press far more often, usually in conflict with the far-left crowd.

He was the first to sue the federal government over ObamaCare.  Ken was also the force behind getting the State Board of Health to  tighten its regulation of abortion clinics,  holding them to the same standards as hospitals.  Of course the “murder at all cost” far-left went berserk but  Willliam Hurd, former solicitor general for the State said that Cuccinelli had no political motives – its always been his practice “to call’em as you see’em,” and that’s what he did.  “Everyone should certainly agree that women are entitled to good health care.”

As a legislator, Cuccinelli introduced a variety of measures to curb abortions, including an unsuccessful bill that would make it a felony for a doctor to perform an abortion after the first trimester without anesthetizing the fetus and another that would require that tissue samples be taken from a fetus aborted by a girl under the age of 15 to determine “whether the pregnancy is the result of criminal behavior.

A staunch opponent of same-sex marriage, although he believes that states’ have the right to legalize it,  Cuccinelli backed an amendment to Virginia’s constitution that would define marriage as a union of a man and a woman. He has also proposed outlawing no-fault divorces for couples who have children.

Despite living in what he calls “the most anti-gun political territory in the entire Commonwealth (Northern Virginia),”  Cuccinelli pushed for legislation that would allow anyone with a permit to carry a concealed gun into a bar as long as they didn’t drink. He also supported prohibiting counties from imposing their own background checks on gun buyers, which he said amounted to a waiting period.

Cuccinelli passed legislation in 2008 requiring companies that do business with the state to confirm the immigration status of their workers. He also favors prohibiting tuition discounts for students from other countries who attend Virginia colleges and universities.

Cuccinelli has championed the cause of the mentally ill as a state lawmaker after spending part of his private law practice as court-appointed counsel for those being involuntarily committed for mental-health treatments.

After the 2007 Virginia Tech shootings by a mentally unstable student, Cuccinelli successfully pushed legislation requiring mandatory outpatient treatment for the mentally ill. He also donated $100,000 of his inauguration fund to the Daily Planet, a Richmond shelter that cares for the homeless and mentally ill.

According to the Washington Post, Cuccinelli’s activism has propelled him from political obscurity to the ranks of national folk hero to conservatives. The highly-energized tea-party movement and the Republican Party’s right wing have embraced him while the Democrats have  accuse him of using his office and taxpayer funds to advance a personal political agenda. They used Cuccinelli’s advocacy of states rights to liken conservative opposition to health-care reform to the racist fight against school desegregation a generation ago.

Cuccinelli’s answer:   “The policy proposals I put forward apply to the real world, but they all come with the conservative philosophy. I can explain every position I have.  People know where I stand.  Whether people agree with me, or don’t, I have always been a straight shooter.  They appreciate that, unlike a lot of people, I am consistent across the board and they know that. For a lot of people that is refreshing.”