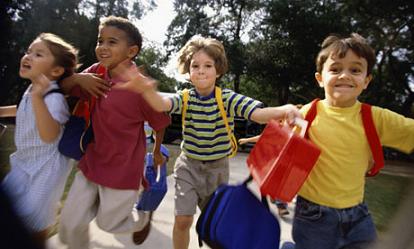 President Obama’s bid to control what your children learn in school is surely one of the most important and disturbing of his many transformative plans. Not only is Obama’s attempt to devise what is in effect a national K–12 school curriculum arguably unconstitutional and illegal, the fact that most Americans have no idea that the new “Common Core” (a.k.a. Obamacore) even exists may be the most troubling thing about it.

Common  Core  Standards were developed by the National Governors Association, in  partnership with the Council of Chief State School Officers.  Forty-one   states, two territories, and the District of Columbia have adopted  the standards.  Alaska, Minnesota, Nebraska, Texas, and Virginia have not.

In August, Valerie Strauss at the Washington Post wrote that even if you ignore the fact that specific Common Core State Standards will open up enough cans of worms to keep subject-matter specialists arguing among themselves forever,  the pursuit of educational quality isn’t what’s driving the present education reform farce.  Consider instead the merit of Standards from a general perspective:

Today’s Washington Post features an article on the controversy being kicked up by the new English curriculum that 46 states and the District of Columbia are just now waking up to. Not coincidentally, this new education war is hitting less than a month after Obama’s re-election, just in time to prevent the public from taking the most effective step it could have to block the changes.

You have to get nearly to the end of the  Post article even to get a hint of the fact that Obama is the real force behind the new curriculum. Following that link takes you to an article that more frankly lays out Obama’s role in commandeering the substance of what’s taught in the nation’s schools. The print version of this September 21, 2012 article featured a more revealing headline than the web version: “Education overhaul largely bypasses Congress.”

The trouble with the new English curriculum is that it largely crowds out classic literature in favor of non-fiction.   English classes  will be  forced to junk Huckleberry Finn in favor of readings such as  Obama’s “Executive Order 13423: Strengthening Federal Environmental, Energy, and Transportation Management.”

The potential for political abuse in a curriculum heavy with government documents and news articles should be obvious. Given the politics of most teachers, the new non-fiction requirements create a huge opening for leftist indoctrination. And that’s only the beginning of the potential political abuses of the Common Core.

If you want help fighting Common Core in your area,  go to  the American Principles Project.

Like so many education reform initiatives that seem to arise out of nowhere, the Common Core State Standards is another of these sweeping phantom movements that have gotten their impetus from a cadre of invisible human beings endowed with inordinate power to impose their ideas on everybody.  It is another such vampire calculated not only to suck the freedom out of the American people, but also to suck out the brains of their children.   And all of this is planned in the dark, away from the prying eyes of parents and writers like me.   Ask any educator: “Who is the author of the Common Core Standards?” and they will not be able to tell you.

In other words, the Common Core State Standards have no more legitimacy than the plans of your local village idiot to reform education. They are the thought emanations of those who have nothing better to do. Yet, they will cost the American taxpayer billions of dollars and make American public education more confusing than ever, while  making it even easier for government to indoctrinate your child in everything but what they really need.