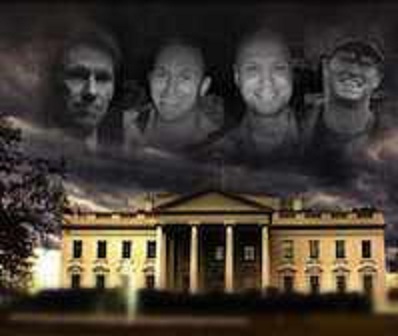 21 December 2012: Cover-ups reveal much about the crimes they are meant to shield, as do the people behind them. Therefore, it is only natural that from an investigator’s view that the people involved in any criminal conspiracy to cover-up death and murder be looked at very carefully. Certain patterns of criminal conduct emerge upon closer scrutiny, and parallels between the death or murder of individuals may be identified by thorough investigation.

Within the last 20 years, two high ranking U.S. government officials and a number of others related to their deaths met their untimely demise, yet legitimate investigations into these deaths were intentionally thwarted, investigators were deliberately misdirected, and as a result, the dead and their loved ones have been denied justice.

I am citing the cases of Vince Foster, the highest ranking government official to die under extremely suspicious circumstances since the 1963 assassination of U.S. President John F. Kennedy, and the deaths of Ambassador Chris Stevens, Glen Dougherty, Tyrone Woods and Sean Smith. Ambassador Stevens was the first ambassador to be murdered since 1979. Nearly two decades separates the deaths of Foster and Stevens, but one common factor – or person –  figures prominently into both cases: Hillary Rodham Clinton.

In my professional experience as an investigator of nearly 30 years in the private sector, I have investigated numerous “suspicious deaths” for insurance companies that were on the hook for millions of dollars in life insurance proceeds that depended upon the outcome of my investigations. Few things motivate getting at the truth more than such financial exposure, except the need of family members to learn the truth so they may allow their loved ones to rest in peace and find the closure necessary to allow them to move on.  From the beltway to Benghazi, justice for the dead continues to be denied.

At the epicenter of this denial of justice is Hillary Rodham Clinton. The more things change, the more they seem to stay the same. So does the playbook of obstruction, obfuscation, lies and damn lies.

Washington and its spawn have evolved into a cesspool of death and corruption right in front of the eyes of the American public. We no longer demand accountability from our elected and appointed leaders, and the dinosaur media serves as nothing less than a facilitator of the cover-ups to the point of criminal conspiracy.

Veteran investigative journalist Marinka Peschman has dug deep into the troubled lives of Hillary Rodham Clinton and Bill Clinton by bringing a evidence locker of facts to the American public about the 1993 death of Vince Foster and the activities of the Clintons and others as they relate to the cover-up. Ms. Peschman has given the public a unique opportunity to see through the magicians fog of distraction and misdirection in her new book Following Orders, The Death of Vince Foster, White House Lawyer. In tandem with her previous book titled The Whistleblower: How the Clinton White House Stayed in Power to Reemerge in the Obama White House and on the World Stage, this tenacious investigative journalist has done the job the American media refused to do, and many official investigators were prevented from doing.

Ms. Peschman connects important dots that lead from the Clinton White House directly back into the Obama White House. Following this trail, however, requires the unpleasant ask of having to step over the bodies of the dead, something most American journalists apparently have no problem doing.

Even more compelling, perhaps, is the parallels between the cover-up surrounding the 1993 death of Vince Foster to the recent murders in Benghazi. Marinka Peschman has revealed the playbook of deceit that has been in use for the last 20 years, and has done so with exquisite effectives and fine attention to detail.

Yes, there is a connection between the death of Vince Foster and the Benghazi murders, and that connection is found in the cover-up and the people behind it. The perpetrators are still in power, and they are laughing at you and me.

Join The Hagmann & Hagmann Report tonight beginning at 8:00 p.m. ET when we welcome investigative journalist and popular author Marinka Peschman. Walk with us as we follow the bloody footprints that stain the carpets of the White House and expose the criminal conspiracies that exist because “they can.”

Exposing depravity, conspiracy and complicity is necessary to avenge the dead who cry out for justice. Exposing the agenda of those who maintain their grasp on the reins of power is also necessary to end the ritual abuse of every American, or at least make them very, very uncomfortable.

Come prepared and help spread the truth behind the veil of secrecy by ordering both of Ms. Peschman’s books for yourself and as valuable Christmas gifts for those who seek the truth. Follow the links below by clicking on each book to watch the trailers for each book and ordering information.

The Whistleblower: How the Clinton White House Stayed in Power to Reemerge in the Obama White House and on the World Stage