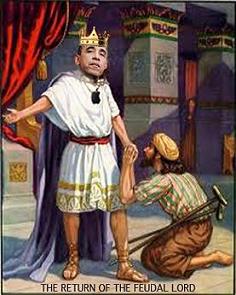 The battle for control of our nation, the battle against the evils that would destroy America can only be won if we identify the enemy and expose the tactics they employ.

The Democratic Socialists of America which bills itself as the “principal U.S. affiliate of Socialist International”  was formed in 1982 as a merger of the Democratic Socialist Organizing Committee and the New American Movement.   It included such infamous founding members as  Noam Chomsky, Marxist Carl Davidson, Harvard lecturer Elaine Bernard, activist Cornel West, Maoist Bill Fletcher, feminist Barbara Ehrenreich,  Quinton Young and Frances Fox Piven.   Today they boast a membership of over 8,000 including many Congressional members and the godfather of the left – George Soros.

According to the DSA website:  “We are socialists because we reject an international economic order sustained by private profit, alienated labor, race and gender discrimination, environmental destruction, and brutality and violence in defense of the status quo.  To achieve a more just society many structures of our government and economy must be radically transformed. . .Today … [r]esources are used to make money for capitalists rather than to meet human needs. We believe that the workers and consumers who are affected by economic institutions should own and control them.  Social ownership could take many forms, such as worker-owned cooperatives or publicly owned enterprises managed by workers and consumer representatives”

In 2001, DSA characterized the 9/11 terror attacks as acts of retaliation for transgressions and injustices that America had previously perpetrated across the
globe. “We live in a world,” organized so that the greatest benefits go to a small fraction of the world’s population while the vast majority experiences injustice, poverty, and often hopelessness. Only by eliminating the political, social, and economic conditions that lead people to these small extremist groups can we be truly secure.”

DSA was a Co-sponsoring Organization of the April 25, 2004 “March for Women’s Lives” held in Washington, D.C., to rally  for the right to unrestricted, taxpayer funded murder on demand.

In 2008, most DSA members actively supported our current socialist president.  “DSA believes that the possible election of Senator Obama to the presidency in November represents a potential opening for social and labor movements to generate the critical political momentum necessary to implement a progressive political agenda.

In the fall of 2011, DSA was a strong backer of the Rebels Without A Clue – Occupy Wall Street movement.

On October 8, 2011, DSA co-sponsored a Midwest Regional March for Peace and  Justice, a protest demonstration commemorating the tenth anniversary of the U.S. invasion of Afghanistan.   The March was cosponsored by Code Pink founded by pro-Castro radical Medea Benjamin,  American Muslims for Palestine, the Chicago DSA, the Chicago Socialist Party, and the International Socialist Organization, to name just a few.

DSA supports  the Black Radical Congress’ call for the U.S. government to pay reparations compensating present-day blacks for the evils and the lasting legacies of slavery. DSA also supports reparations to Mexicans, Native Americans, and other groups as well. Indeed, the organization enumerates
a litany of historical American crimes against humanity.  Also, along with along with the Latino Commission of DSA, further call for reparations for the
assaults and despoliation of the indigenous peoples of the Americas and their descendants, including Mexicans, Puerto Ricans and others, for the loss of their
lands and the attempted destruction of their cultures and institutions. This includes supporting the land claims and other treaty-related social justice
cases of the Native American tribal nations….”

DSA has a youth section known as the Young Democratic Socialists  (YDS) composed of high-school and college students as well as young people in
the work force.   YDS “works on economic justice and democracy and prison justice projects.” It is a member of the International Union of Socialist Youth, an
affiliate of the Socialist International.

It is also interesting to note that the Congressional Progressive Caucus, or CPC, which boasts more than 80 members, was founded by the Democratic Socialists of America.    In the January/February 1998 issue of Chicago DSA’s New Ground, Ron Baiman identified Senator Bernie Sanders of Vermont and  Representative Barney Frank of Massachusetts as  leaders of the Progressive Caucus in Congress which DSA “helped to organize.   The CPC  website was hosted by DSA until November 2002 when news reports outed their link to DSA –  Self avowed socialists, Bernie Saunders then moved the  list of names  to his personal website.

Within fourteen months of  his presidency,  Obama succeeded in muscling through Congress, with the help of DSA, a partial government takeover of the national health-care system. That legislative accomplishment followed Obama’s decision a year earlier, without congressional approval, to nationalize two of the country’s Big Three automobile companies.  In the intervening months, he also imposed specific wage ceilings on employees at banks that had taken federal bailout money—the first such federal wage controls since an ill-fated experiment by Richard Nixon in 1971.

Obama also made the federal government the direct provider of student loans, and did so by putting that significant change in American policy inside the larger health-care bill.  In a September 2009 press conference, Obama suggested that a publicly funded health-care system might help “avoid. . .some of the overhead that gets eaten up at private companies by profits and excessive administrative costs”—thus mistaking the act of making money, the foundational cornerstone of capitalism itself, with the generation of unnecessary expenses.

Through the EPA he has managed to almost destroy the production of oil and the coal industry, as well as wasting billions of taxpayer money on “green” energy, most of which are either bankrupt, on the verge of bankruptcy, or existing solely on the backs of taxpayers.

He has signed laws allowing himself to put a bulls eye on the back of U.S. citizens, sidestepped Congress so often I wonder why they bother to show up for work (?),  ignored Federal laws he disagrees with and destroyed any hope of success of future generations.

But he didn’t do this alone – he did this with the full knowledge  and total acceptance of enemies within our own government.

“Power concedes nothing without a demand.  It never did and it never will.  Find out just what any people will quietly submit to and you have found out the exact measure of injustice and wrong which will be imposed upon them, and these will continue till they are resisted with either words or blows, or both.  The limit of tyrants are prescribed by the endurance of those whom they oppress.”    Frederick Douglas

← Using Children, Exactly How Hitler Did It
The Taxman Cometh →