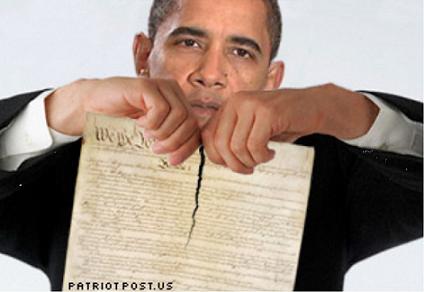 The Washington Times reports that a West Point think Tank, the  Combating Terrorism Center   at the  U.S. Military Academy  has issued a report entitled  “Challengers from the Sidelines: Understanding America’s Violent  Far-Right,”  penned by Arie Perliger, the Center’s director,  to warn America about “far right” groups.  The report lumps the “anti-federalist” movement (tea party) with the racist/white supremacy movement and a fundamentalist movement.

Perliger begins his report with:  “In the last few years, and especially since 2007, there has been a dramatic rise in the number of attacks and violent plots originating from individuals and groups who self-identify with the far-right of American politics. These incidents cause many to wonder whether these are isolated attacks, an increasing trend, part of increasing societal violence, or attributable to some other condition. To date, however, there has been limited systematic documentation and analysis of incidents of American domestic violence.”

The report  says anti-federalists “espouse strong convictions regarding the federal government,  believing it to be corrupt and tyrannical, with a natural  tendency to intrude on individuals’ civil and constitutional rights, supporting  civil activism, individual freedoms, and self government.  “Extremists in the anti-federalist movement direct most their violence against  the federal government  and its proxies in law  enforcement.”

And if you don’t think this report comes from some far left nuts, they also draw a link between the mainstream conservative movement and the violent “far right,” and describes liberals as “future oriented” and conservatives as  living in the past.    “While liberal worldviews are future- or progressive -oriented, conservative  perspectives are more past-oriented, and in general, are interested in  preserving the status quo.” the report says.

“The far right represents a more  extreme version of conservatism, as its political vision is usually justified by  the aspiration to restore or preserve values and practices that are part of the  idealized historical heritage of the nation or ethnic community.  “While far-right groups’ ideology is designed to exclude minorities and  foreigners, the liberal-democratic system is designed to emphasize civil rights,  minority rights and the balance of power.”

The report was authored by Arlie Perliger, Director of Terrorism Studies who teaches social science at West Point.

A Republican congressional staffer who served in the military told The  Washington Times: “If [the Defense Department] is looking for places to cut  spending, this junk study is ground zero.

“Shouldn’t the Combating Terrorism Center  be combating radical Islam around the globe instead of  perpetuating the left’s myth that right-wingers are terrorists?” the staffer  said. “The $64,000 dollar question is when will the Combating Terrorism Center  publish their study on real left-wing terrorists like the  Animal Liberation Front, Earth Liberation Front, and the Weather Underground.

If you would like to read the 148 page hysterical tirade of  stupidity feel free to  click on this link.

Anyone who dares to challenge the left or Obama are accused of sedition.   Michael Barone had the best article at the National Review Online as to why the left is so intent on destroying the image of the Patriot movement.

“Public policy also helps determine the kind of society we are.  The Obama Democrats see a society in which ordinary people cannot fend for themselves, where they need to have their incomes supplemented, their health care insurance regulated and guaranteed, their relationships with their employers governed by union leaders. Highly educated mandarins can make better decisions for them than they can make themselves.

That is the culture of dependence. The tea partiers see things differently. They’re not looking for lower taxes; half of tea party supporters, a New York Times survey found, think their taxes are fair. Nor are they financially secure: Half say someone in their household may lose their job in the next year. Two-thirds say the recession has caused some hardship in their lives. But they recognize, correctly, that the Obama Democrats are trying to permanently enlarge government and increase citizens’ dependence on it.

The far-left progressives and the establishment Rinos will  stop at nothing to destroy the Tea Party movement.  They are afraid of it.  Their whole source of power  and control comes from Americans becoming more dependent upon and the expansion of  the federal government.

When the government has no dissenting voices challenging its excesses, its power grows unchecked.  Centralized power exalts bad men into tyrants.  Any government big enough to give you anything you want can take everything you have on a whim.