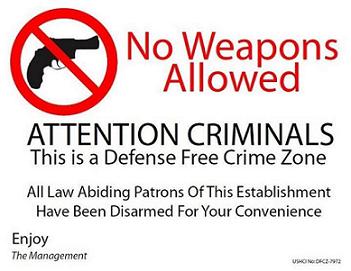 Chicago Mayor Rahm Emanuel wrote a letter to  Bank of America and TD Bank on Thursday asking  the CEOs to “force” gun manufacturer clients to “find common ground” on  the proposed weapons and ammunition ban.  Emanuel also told the bankers that the “vast majority” of Americans support such a ban.

“TD Bank currently aids the gun manufacturing industry through a $60 million  revolving line of credit with Smith & Wesson, a gun manufacturer that  produces the AR-15 — an assault weapon that was used by James Holmes to kill 12  people and wound 58 in a crowded movie theatre in Aurora.”

Emanuel’s missive to  TD CEO Bharat Masrani states. “I ask you to use your influence to push this  company to find common ground with the vast majority of Americans who support a  military weapons and ammunition ban and comprehensive background checks.”

Noting that Chicago’s municipal employees and teachers had already divested  money in pension funds from gun makers that are opposing new gun laws, the White  House chief of staff-turned-mayor wrote: “Now we need you and other commercial  banks to join this fight for safer streets. Collectively we can send a clear and  unambiguous message to the entire gun industry that investors will no longer  financially support companies that profit from gun violence.”

A similar letter was sent to Bank of America.

The National Conference of Democratic Mayors has issued a warning  of their own to gun makers. The mayors, who collectively purchase millions in  firearms and ammunition for their police departments, said they’ll begin grading  manufacturers on their compliance with public safety goals and reward those they  rate the best and limit purchases with those who oppose regulations, working through the Bloomberg gun ban group, Mayors Against Illegal Guns.

Senator Ted Cruz, R-TX  sent a  a letter to the CEOs of Bank of America,  TD Bank Group,  Stern, Rugar and Smith & Wesson,  asking them to ignore Emanuel’s blackmail attempt and inviting them to move their operations to Texas.

“We do not accept the notion that government officials should behave as bullies, trying to harass or pressure private companies into enlisting in a political lobbying campaign. And we subscribe to the notion, quaint in some quarters, that private companies don’t work for elected officials; elected officials work for private citizens.   Attempts to put law-abiding gun makers out of business hardly qualify as ‘modest common-sense gun control.  Instead, they are a manifestation of an unabashed agenda to deprive law-abiding citizens of our right to keep and bear arms. In light of the reception you have received in the Windy City, please know Texas would certainly welcome more of your business and the jobs you create.  Texans value jobs and freedom and over 1,000 people a day are moving to Texas (often from cities like Chicago) because Texas is where the jobs are.”

Cruz ended his letter with a shot straight at Obama’s best bud.  “Finally, to Mayor Emanuel, you recently were obligated to pay over $1.1 million of taxpayer money in legal fees due to your unsuccessful assault on the Second Amendment. And, your city’s longstanding policies stripping citizens of their constitutional right to keep and bear arms have, in turn, produced some of the very highest crime and murder rates in the Nation.  Your continued anti-gun crusade may well cause some to wonder if the interests of the citizens of Chicago are being sacrificed in pursuit of a partisan agenda.

Directing your attack at legitimate firearms manufacturers undermines the Second Amendment rights of millions of Texans.  In the future, I would as that you might keep your efforts to diminish the Bill of Rights north of the Red River.”

I don’t know how TD Bank Group will handle the attempted blackmail but I know which direction the wind blows at  Bank of America .  They have  been leading the charge against gun manufacturers and sellers for some time.

Bank of America was the recipient of well over 100 billion dollars in federal bailout money. They are also one of just two vendors processing payments for Barack Obama’s 2012 presidential campaign, employing a system that disables safeguards against illegal foreign donations.  Bank of America Stadium in Charlotte, North Carolina, was the site of the Democratic Nation Convention in September.

During the 2010 midterm elections, former DNC chairman and ex-Virginia Gov. Tim Kaine secured a $15 million revolving line of credit at BofA and then finagled another $17 million loan from the taxpayer-bailed-out bank.  According to Federal Election Commission records, BofA accepted as collateral the DNC’s donor mailing list.

Bank of America  is a major contributor to the William J. Clinton Foundation.   Chairman Charles  Holliday is a member of the Clinton Global Initiative and has deep ties to  numerous liberal causes and businesses that support the Left’s agenda. CEO Brian  Moynihan is a director of BlackRock Inc., one of BofA’s major investors and a  corporate member of the Council on Foreign Relations, which was founded in part  by Bank of America.

The Council on Foreign Relations “think tank” is the octopus that has its  tentacles in the United Nations, the Obama Administration and Democratic  political campaigns going back at least to Michael Dukakis’ presidential bid.  Corporate members include major companies like Exxon, Coca Cola, Google, Walmart  and Soros Fund Management. It’s one of the primary movers behind the United  Nations’ Agenda 21, one component of which is — complete lack of surprise — global gun control.

It is time that all 2nd Amendment supporters close their account at Bank of America and move it to a local bank or credit union that supports the American Constitution.

← Obama; “I go skeet shooting all the time.” Yea Right!
“How to Handle a Terrorist or Crazed Gunman” from the Idiots at the U.S. Department of Homeland Security →