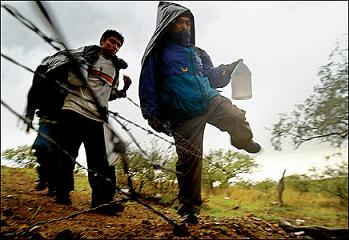 The P.C. Police have given Republican lawmakers their talking points to guilt, trick or deceive  the “peasants” into accepting amnesty.

A Hispanic organization connected to the Republican Party is circulating a set of “dos and don’ts” for lawmakers on Capitol Hill when talking about immigration reform to help keep Republicans on message  and keep them from using the sort of “insensitive rhetoric” that has turned off Latino voters to the GOP over the last decade.

Republican lawmakers are ordered to:

As you can see they are helping Republicans lie  – not that they really need any help.   It is as bad as Obama referring to illegals  as “people just like us” and “we were once” in their shoes.

If you snuck across the border,  if you overstayed your Visa – you broke our laws  –  you are not undocumented – you are an illegal alien.     Get Over It!