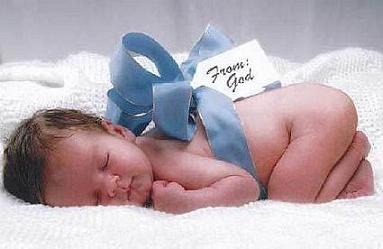 Robert Redford’s Sundance Film Festival featured a documentary celebrating four  murderers  who dismember babies  in the third trimester of pregnancy.   According to the reviews,  critics in attendance loved it and the  Philadelphia Inquirer boasted it drew “two standing ovations — one for the doctors who murder these children. .

The film,   “After Tiller” as in the late-term abortionist George Tiller shot to death in 2009 inside his Lutheran church on a Sunday in Kansas, was made by two women,  Martha Shane and Lana Wilson who claim their film is non-political – it’s humanist.

“The nation’s shouting match over abortion has become increasingly distanced from the real-life situations and decisions faced by those people most intimately involved . . .and thus these two women decided to “shed more light rather than more heat” on the issue.

Too bad the babies, who are the most “intimately” involved,  have no voice in the  decision to take their lives.

Martha Shane said in an interview the day before the premiere that “The four doctors really are proud of what they do.  They don’t feel they are working in the shadows. They’re brave enough to let the world know they do third-trimester abortions, they are public about it.  I think part of the reason they agreed to participate in this film was actually to show that they are proud of the work that they do, it helps women and alleviates suffering.”

Again I must ask – whose suffering?   At 20 weeks, the fetal brain has the full complement of brain cells present in adulthood, ready and waiting to receive pain signals from the body, and their electrical activity can be recorded by standard electroencephalography (EEG),” according to Dr. Paul Ranalli, neurologist, University of Toronto.    Dr. Robert J. White, M.D., PhD, professor of neurosurgery at Case Western University agrees and adds that “without question abortion is a dreadfully painful experience for any infant subjected to such a surgical procedure.”

Abortionist and activist LeRoy Carhart  states in the film that “We’re 40 years after Roe v. Wade, and the women in America are in worse shape than they were 40 years ago.  Their rights are being trampled in the street.”     Demonizing  the pro-life movement, Carhart went on to say that  “You don’t give in to terrorists because it only gets worse.”

To protect the pro-murderers from those pro-life terrorists,   police and armed sheriffs in green jumpsuits made a show of force outside the Temple Theater.  Attendees had to have their bags searched and were checked by guards with hand-held metal detectors.  After the movie screened, two police officers stood at the front of the auditorium as the directors of the  murder  documentary — and the four doctors featured in the film — answered questions from the audience.

What shall we  expect next from the Sundance Film Festival?   Perhaps a film promoting  Adolph Hitler as a Saint?

“I feel that the greatest destroyer of peace today is abortion, because it is a war against the child, a direct killing of the innocent child, murder by the  mother herself. And if we accept that a mother can kill even her own child, how can we tell other people not to kill one another? … By abortion, the mother  does not learn to love, but kills even her own child to solve her problems. And,  by abortion, that father is told that he does not have to take any responsibility at all for the child he has brought into the world. The father is  likely to put other women into the same trouble. So abortion just leads to more  abortion. Any country that accepts abortion is not teaching its people to love, but to use any violence to get what they want. This is why the greatest  destroyer of love and peace is abortion.”   Mother Teresa

← Obama “Shameful and Criminal in the Eyes of God”
N.Y. Times “Outs” Obama →