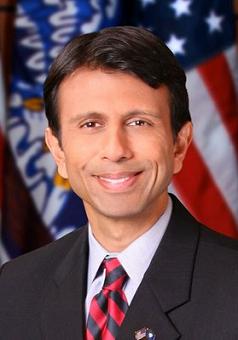 Governor Bobby Jindal gave a speech  to the Republican National Committee meeting as a rebuttal to Obama’s inaugural speech in January that every conservative needs to read.  He lays out a common sense agenda for the former conservative GOP.

While I was reading the speech I could almost hear President Ronald Reagan who had an uncanny ability to make us feel good about ourselves and our future.

Reagan reaffirmed with eloquence the continuing validity and vitality of the American Dream. In this more than in any policies or decisions lie his legacy and enduring claim to greatness.   George H. Nash

America is not the federal government.  In fact, America is not much about government at all.  In America, government is one of those things you have to have, but you sure don’t want too much of – kind of like your in-laws.

Look at the debates that have dominated Washington in just the last few weeks – the fiscal cliff, the debt ceiling and Joe Biden’s gun control task force.  These are in reality sideshows that we have allowed to take center stage and as conservatives, we are falling into the sideshow trap.  We have to accept that government number crunching – even conservative number crunching is not the answer to our nation’s problems.

Washington is so dysfunctional that any restraint on government growth is immediately deemed “not serious” in Washington.  The truth is, nothing is deemed serious in Washington.

The health of America is not about government.  We need to focus our efforts on ideas to grow the American economy, not the government economy.

We are in this to make America the greatest she can be.  To do this, we will certainly have to win some elections, but first we must win the argument.  We do not have to change our conservative values – our principles are timeless.  But we do need to reorient our focus to the place where conservatism thrives – in the real world beyond the Washington beltway.  We believe in creating abundance, not redistributing scarcity.

We must focus on the empowerment of citizens making relevant decisions in their communities.  This means rethinking nearly every social program in Washington.  If we created American government today, we would not dream of taking money out of people’s pockets, sending it to Washington, handing it over to politicians and bureaucrats to staple thousands of pages of artificial and political instructions to it, then wear that money out by grinding it through the engine of bureaucratic friction – and then sending what’s left back to the states where it all started.

We believe in planting the seeds of growth in the fertile soil of your economy, where you live, where you work, invest, and dream, not in the barren concrete of Washington.  Solving problems closer to home should always be our first, not last, option.

We must stop looking backward – nostalgia is good but aspiration is better.

We must compete for every single vote.  We will have none of the Democrat’s agenda to divide America into groups of warring communities with competing interests.  We must reject identity politics which is corrosive to the great American melting pot. We must reject the notion that demography is destiny, the pathetic and simplistic notion that skin pigmentation dictates voter behavior.  We must treat all people as individuals rather than as members of special interest groups.

We must stop being the stupid party.  It is time for us to articulate our plans and visions for America in real terms.  We must stop insulting the intelligence of voters.  We must trust the smarts of the American people.  We have to stop dumbing down our ideas and stop reducing everything to mindless slogans and tag lines for 30 second ads.  We must be willing to provide details.

We must focus on real people outside of Washington, not the lobbyists and government insiders.  We must stop competing with Democrats for the job of “Government Manager,” and lay out ideas that can unleash the dynamic abilities of the American people.

We need an equal opportunity society, one in which government does not see its job as picking winners and losers.  This is a pathway forward for the Republican Party, one that honors our principles, the American people, and also, will help us win elections.

America is facing her greatest choice and the hour is late.  We can either go down the Government path or the American path.  Freedom incentivizes ordinary people to do extraordinary things and that makes America an exceptional nation.

It is imperative that we not only promote America’s exceptionalism, we must also define it.  America is not great because of the design of our government.  Our nation is not exceptional because of its commitment to free elections.  The genius of America is that our strength and power and growth come from the individual actions of our people.

Government does not order greatness.  Government cannot command outcomes that exceed those in other nations.  But free individuals – taking risks, building businesses,  inventing things from thin air,  and passing immutable values from one generation to the next  – that is the root of America’s greatness.

We must shift the eye line and the ambition of our conservative movement away from managing government and toward the mission of growth.  It falls to us to show the younger generations the wisdom and the great benefit of the American path.  It falls to us to unleash a new dawning of the American Dream – the dream my parents came to America for – a dream of growth, prosperity, and equal opportunity.

It falls to us to take the ever freest principles of freedom and apply them to the future.

Thank you, and may God richly bless you.

You can read Governor  Jindal’s speech in full at this link.