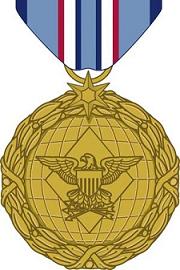 Defense Secretary Leon Panetta announced last Wednesday that for the first time the Pentagon is creating a medal that can be awarded to troops who have a direct impact on combat operations, but do it from afar. ” I’ve seen firsthand how modern tools, like remotely piloted platforms and cyber systems, have changed the way wars are fought,” Panetta crowed.  “And they’ve given our men and women the ability to engage the enemy and change the course of battle, even from afar.”

Judi McLead at CFP asks  “Were these the same heroes on coffee break during the long hours it took for the murder of four Americans in Benghazi, Mr. Panetta?”

It is a slap in the face to American soldiers who risk their lives defending this country.   How much courage does it take to sit in a safe area far from physical harm and release a missile from an unmanned drone that will probably kill innocent civilians?   I almost feel sorry for the Geeks that get it.  It is nothing more than a “you didn’t really risk anything but you did show up for work and followed orders” medal.

The first new medal since the Bronze Star was created in 1944,  the new blue, red and white-ribboned Distinguished Warfare Medal will be awarded to individuals for “extraordinary achievement” related to a military operation that occurred after Sept. 11, 2001.  But, unlike other combat medals, it does not require the recipient risk his or her life to get it.   It will have a ranking between the Bronze star and the Silver star.

Panetta has become the brunt of jokes from military professionals within the pentagon for his decision to create this “prestigious heroism medal” for cyber and drone combatants.   “I suppose now they will award Purple Hearts for carpal tunnel syndrome,” said a  retired Green Beret  who does contract work  for the Pentagon.”

An Army employee at the Pentagon  who saw combat on active duty told The  Times: “This is silly and disrespects those who sacrificed so much to serve in  the  war zones. In a time of war and in the wake of 12 years of fighting in harsh  theaters like Iraq and Afghanistan,  the  Defense Department should not create a medal ranked higher than combat medals  like the Purple Heart and Bronze Star to honor people whose only hardship is  spilling hot coffee in their lap as they move their joystick to fly a drone.”

The Veterans of Foreign Wars, got it right when they called the new medal the “Geek Cross” with a suggestion that “the USA was close to handing video-gamers Purple Hearts for animated wounds”.

The never-ending Marxist strategy the cunning Obama uses against the military should be called his two-step tango. It’s a toss-and-duck operation played out from the convenient safety of afar.

So far the silence from the ‘cyber troops’ for whom the Drone Medal is being created, is deafening.   Could be their ranks do not need a medal but a chest to pin it on.

← Industrial Hemp Legislation
Is The Military Preparing For Civil Unrest? →