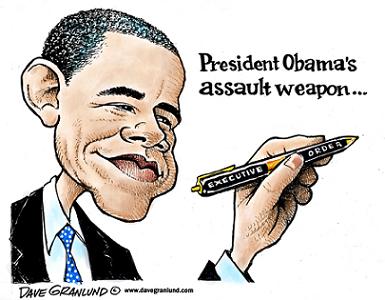 UPDATE:  The list of companies that have taken the steps to publicly announce that they will not sell to states, counties, cities, and municipalities that restrict their citizens rights to own firearms is growing.   It includes SRT Arms, Norton Firearms,  Red Jacket Firearms, Nemo Arms,  A&T Firearms, etc.  There are currently over thirty businesses on the list which you can view  at this link.   Please take time to let these companies know that the public stands behind them.

LaRue Tactical, Olympic Arms, Templar Custom, Extreme Firepower , York Arms,  Cheaper Than Dirt, RAM Arms  have vocalized that they will not sell their products to government agencies that support the President’s position  to severely restrict the ability of citizens to own guns.

Richard Mitchell, CEO of RAM Arms wrote on facebook:  “While RAM Arms supports our Deputies and Police Officers with every ounce of our hearts, we will not be selling patrol shotguns, ARs or other equipment or ammo to government agencies that support the President’s version of violent crime prevention. As Chicago has proven – his plan doesn’t work and only disarms the innocents.”

Olympic Arms posted to facebook:  “FOR IMMEDIATE RELEASE:   Olympic Arms is a staunch believer in and defender of the Constitution of the United States, and with special attention paid to the Bill of Rights that succinctly enumerates the security of our Divinely given Rights. One of those Rights is that to Keep and Bear Arms.  Legislation recently passed in the State of New York outlaws the AR15 and many other firearms, and will make it illegal for the good and free citizens of New York to own a large selection of legal and safe firearms and magazines.  We feel as though the passage of this legislation exceeds the authority granted to the government of New York by its citizens, and violates the Constitution of the United States, ignoring such SCOTUS rulings as District of Columbia v. Heller – 554, U.S. 570 of 2008, McDonald v. Chicago – 561 U.S. 3025 of 2010, and specifically the case of United States v. Miller – 307 U.S. 174 of 1939.

EFI, which has a long-standing policy of not selling to law enforcement in states that restrict private gun ownership, stated quite succinct:  “We refuse to recognize law enforcement exemptions on gun control.  If a product that we manufacture is not legal for a private citizen to own in a jurisdiction, we will not sell that product to a law-enforcement agency in that jurisdiction.”

York Arms website is one that did not mince words on the company’s policy as it relates to gun sales for New York.   “Based on the recent legislation in New York, we are prohibited from selling rifles and receivers to residents of New York.  We have chosen to extend that prohibition to all governmental agencies associated with or located within New York.  As a result we have halted sales of rifles, short barreled rifles, short barreled shotguns, machine guns, and silencers to New York governmental agencies.   For “civilian” customers residing in New York:  At your choice, we will: complete your order and ship to a dealer of your choice outside of NY, refund your payment in full, or hold your items here for up to 6 months, at no charge – if you are in the process of leaving NY and taking residence in another state.   For LE/Govt customers in New York:  Your orders have been cancelled.

LaRue posted its new policy on Facebook on February 8th:  “Effective today, in an effort to see that no legal mistakes are made by LaRue Tactical and/or its employees, we will apply all current State and Local Laws (as applied to civilians) to state and local law enforcement / government agencies. In other words, LaRue Tactical will limit all sales to what law-abiding citizens residing in their districts can purchase or possess.”

Templar of North Carolina posted on its Facebook page;  “We will not sell arms to agents of the state of New York that hold themselves to be “more equal” than their citizens.   As long as the legislators of New York think they have the power to limit the rights of their citizens, in defiance of the Constitution, we at Templar will not sell them firearms to enforce their edicts.

Cheaper Than Dirt posted to their Facebook page:  “It has been and will continue to be Cheaper Than Dirt’s policy to not to sell prohibited items to government agencies and/or agents in states, counties, cities, and municipalities that have enacted restrictive gun control laws against their citizens. We support and encourage other companies that share in this policy.”

Guns Save Life is joining with Grass Roots North Carolina in calling for all American gun owners to pressure Sig Sauer, Smith and Wesson and Glock to shut off sales to government agencies in New York State.     Those three companies happen to be the trio of manufacturers recommended by the NYPD for use by their officers.

As Obama  says, the people should come first – and so they shall.

Join a Day of Resistence Rally in your area on February 23rd.   More than 50,000 Americans have already signed up for 97 rallies in more than 30 states across the country.  The rallies will focus on Second Amendment issues and President Barack Obama’s push for gun control, but they will also branch out into all aspects of oppressive big government.

1 comment for “Gun Mfgs And Businesses Are Fighting Back”