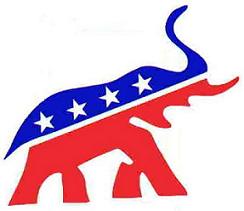 January 1, 2013  –   one third of Republican congressmen, following their leaders, joined with nearly all Democrats to legislate higher taxes and more subsidies for Democratic constituencies.

For generations, the Republican Party had presented itself as the political vehicle for Americans whose opposition to ever-bigger government financed by ever-higher taxes makes them a “country class.”  Yet modern Republican leaders, with the exception of the Reagan Administration, have been partners in the expansion of government, indeed in the growth of a government-based “ruling class.”    By repeatedly passing bills that contradict the identity of Republican voters and of the majority of Republican elected representatives, the Republican leadership has made political orphans of millions of Americans.

The ever-growing  government has an edgy social, ethical, and political character which is  distasteful to a majority of persons who vote Republican and to independent voters,  and maybe perhaps to some Democrats.

Conservative Americans who normally vote Republican have but to read a paper or listen to the news to hear themselves insulted as greedy, racist, violent, ignorant extremists.  Yet few of the Republican establishment are willing to defend them.  Far from listening to their voters, the GOP powers that be have chosen candidates for office, especially the presidency, who have ignored, soft-pedaled, or merely given lip service to their voters’ identities and concerns.  And they can’t figure out why they keep losing?

Public opinion polls confirm that some two thirds of Americans feel that government is “them” not “us,” that government has been taking the country in the wrong direction, and that such sentiments largely parallel partisan identification.

Representation is the distinguishing feature of democratic government.  To be represented, to trust that one’s own identity and interests are secure and advocated in high places, is to be part of the polity.   In practice, any democratic government’s claim to the obedience of citizens depends on the extent to which voters feel they are party to the polity.  No one doubts that the absence, loss, or perversion of that function divides the polity sharply between rulers and ruled.

Representation can be perverted. Some regimes (formerly the Communists, and currently the Islamists) allow dissent from the ruling class to be represented only by parties approved by the ruling class.   America’s ruling class is neither as narrow as that of Communist regimes nor as broadly preclusive as that of the European Union, the Republican leadership’s preference for acting as part of the ruling class rather than as representatives of voters  has begun to produce the sort of soft pre-emption of opposition and bitterness between rulers and ruled that occurs  wherever representation is mocked.

As the Democratic Party has grown its constituent parts into a massive complex of patronage, its near monopoly of education has endowed its leaders ever 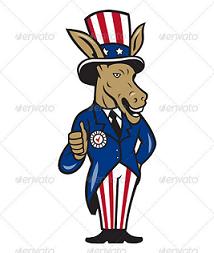 more firmly with the conviction that they are as entitled to deference and perquisites as they are to ruling.  The host of its non-governmental but government-financed entities, such as Planned Parenthood and the Corporation for Public Broadcasting, argue for government funding by stating, correctly, that they are pursuing the public interest as government itself defines it.

In the progressive Democrats, America has a bona fide ruling class that transcends government, that sees itself as distinct from the rest of society, as the only element that may act on its behalf.     It rules – to use New York Times columnist David Brooks’ characterization of Barack Obama – “as a visitor from a morally superior civilization.”    The civilization of the ruling class does not concede that those who resist it have any moral or intellectual right, and only reluctantly any civil right, to do so.    Resistance is illegitimate because it can come only from low motives.   President Obama’s statement that Republican legislators – and hence the people who elect them – don’t care whether “seniors have decent health care…children have enough to eat” is typical.

Republican leaders neither parry the insults nor vilify these progressive  Democrats because they do not want to beat the ruling class, but to join it.   How did they come to cut such pathetic figures?  They have never fully adapted to the fact that big government is nothing more than a special interest group in and of itself, at odds with the rest of society.   In order to continue its existence, the Republican party must choose whether they want to represent the rulers or the ruled  –  they can’t have it both ways.

In the absence of forces to the contrary, smaller bodies tend to become satellites of larger ones.   Modern America’s homogenizing educational Establishment and the ruling class’ near monopoly on credentials, advancement, publicity, and money draws ambitious Republicans into the Democrats’ orbit.   That is why for example a majority of the Republican Establishment, including The Wall Street Journal and the post-W.F. Buckley National Review supported the 2008 Troubled Asset Relief Program (TARP) and its premise that big, well-connected enterprises are “too big to fail” –  which three fourths of the American people opposed vociferously.

For these Republican Elite, the voice of the people is not the voice of God but the voice of idiots.   Remember Senate Republican majority leader Trent Lott’s expression of confidence that Washington would soon break  the new 2010 Conservative members to its ways, that pledges to voters would count for little against the approval or disapproval of prestigious personages, against the profit to be made by going along with the ruling class and the trouble that comes from opposing it?

These GOP elite  leaders become less significant with every passing year because they have no way of reversing the intellectual trends from above or the popular pressure from below.    Recent Presidential elections have shown that contemporary Establishment Republicans elicit scarce, unenthusiastic support even from longtime Republican voters because they are out of sync with their flock.   In short, the Republican leadership finds itself in a position analogous to that of Episcopal bishops: They own an august label and increasingly empty churches because they have been chasing off the faithful priests and congregations.

The  public holds both Republicans and Democrats responsible for the nation’s unsustainable course.  Indebtedness cannot increase endlessly.  Nor can regulations pile on top of regulations while the officials who promulgate them,  and their pensions  continue to grow,  without crushing those beneath.   Nor can the population’s rush to disability status and other forms of public assistance, or the no-win wars that have resulted in “open season” on Americans around the world, continue without catharsis.

One half of the population cannot continue passively to absorb insults without pushing back.   When  events collapse this house of cards,  it will be hard to credibly advocate a better future while bearing a label that advertises responsibility for the present.  Why trust any  politician, Republican or Democrat?

Angelo Codeville is a professor Emeritus of International Relations at Boston University and a fellow at Claremont Institute.  You can read his article in full at this link.