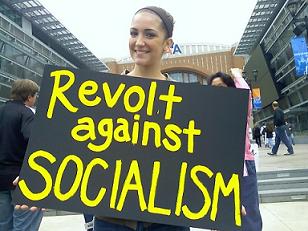 The American Enterprise Institute released a report on December 12, 1012 “Do Political Protests Matter, Evidence From the Tea Party Movement.”

Can protests cause political change, or are they merely symptoms of underlying shifts in policy preferences?  We address this question by studying the Tea Party movement in the United States, which rose to prominence through coordinated rallies across the country on Tax Day, April 15, 2009

The report authored by Andreas Madestam of Stockholm University, Daniel Shoag and David Yanagizawa-Droitt of the Harvard Kennedy Institute, and Stan Veuger of the American Enterprise Institute, recognized that the Tea Party movement had played a significant role in the political elections.

The conclusion of the 84 page report was “yes, political protests can strengthen the movement they are supporting which in this case is limited government that supports and protects our Constitution.

According to the report, the  2009 Tax Day Tea Party protests increased turnout in favor of the Republican Party in subsequent Congressional elections and even better, increased the likelihood that incumbent Democrats decided to retire prior to the elections.

The Tea Party movement also affected policy decisions as the large protests lead to representatives’ decisions to vote more conservatively in Congress, which in turn lead to an increase in the movement’s strength.   The protests lead to more grassroots organizing, to larger protests and to stronger conservative beliefs and implies a significant multiplier effect:  for every protester, Republican votes increased by seven to fourteen votes.

The interactions produced at rallies and protests can affect citizens’ social contexts in ways such that a movement for political change  confirms the “importance of social dynamics in networks of citizens for the realization of political change, and seems of relevance not only in the context of representative democracies, but also at the onset of revolutionary movements.”

You can read the entire report at this link.   Documentation and charts are after page 45.

I guess it is now easier to see why both Democrats and the Republican Powers That Be prefer to see the Tea Party disappear.  Between trying to vilifying the movement to the extent of calling us terrorists, or throw up roadblocks to Tea Party candidates, they have not been nor will they ever be,  successful in destroying the core movement.

The Tea Party  has been  a catalyst for slowing down the progressive charge toward Socialism.    We have been a thorn in their side for almost 4 years and while we may not have won every battle we’ve undertaken, the war is far from over.