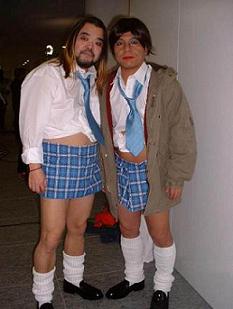 “America is opening the floodgate — and if you want to know what God thinks about the sin of homosexuality, you can look at His urban renewal development plan in Sodom and Gomorrah.   It gives you a pretty good idea.”   Pastor Tim Todd

Various companies are set to join separate  friend-of-the-court briefs,  in a case  challenging the federal Defense of Marriage Act and  in a case that questions a California law that banned  gay marriage.  These briefs are  urging the court to invalidate  Proposition 8, the California law in question, and strike down  Section 3 of the federal Defense of Marriage Act, which defines  marriage as between one man and one woman.

The brief to be filed in the California Proposition 8 case, a draft of  which was obtained by Reuters, has been joined by such companies  as Apple Inc, Nike Inc, Facebook Inc,  Morgan Stanley, Intel Corp, Xerox Corp,  AIG Inc and Cisco Systems Inc.

In the DOMA case, a similar  brief with more than 250 signatories is due to be filed with the  Supreme Court on Wednesday.

And if you think it is only those politicians with a big D behind their name that are supporting same-sex marriage, think again.  A group of prominent Republicans plan to file a brief with the Supreme Court this week urging that the court recognize the constitutional right of same-sex couples to marry.  You can read the list at this link.

The effort in the challenge to California’s Proposition 8, first reported Monday night by The New York Times, has been organized by former Republican National Committee Chairman Ken Mehlman.

Calling something a marriage will  not make it a marriage.   Marriage has always been a covenant between a man and a woman which is by its nature ordered toward the procreation and education of children and the unity and well being of the family.

Promoters of same-sex  unions  propose something entirely different.  They propose the union between two men or two women which  denies the self-evident biological, physiological, and psychological differences between men and women.   It also denies the specific primary purpose of marriage: the perpetuation of the human race.

But this is not about equality or marriage.  The purpose of the homosexual agenda in pushing for same-sex marriage is  to validate not only such unions but the whole homosexual lifestyle in all its bisexual and transgender variants.

Alan Sears — the chief executive officer and general counsel of the Alliance Defending Freedom  is calling for  “9 Weeks of Prayer for Marriage.”  “We’re asking everyone  to join Alliance Defending Freedom and our allies in faithfully,  praying each week for different people and different things leading up to the Supreme Court arguments.”   Each week will  also include prayers for a person “opposing marriage and for a Supreme Court Justice. “We will pray for God’s best for them while also praying he reveals the societal harms of their position.”

Civil laws are structuring principles of man’s life in society and play an important and sometimes  decisive role in influencing patterns of thought and behavior.    They not only externally shape the life of society,  but also profoundly modify  perception and evaluation of forms of behavior.   Legal recognition of same-sex “marriage” would necessarily obscure certain basic moral values,   devalue traditional marriage, and further weaken public morality.

Homosexual activists argue that same-sex “marriage” is a civil rights issue similar to the struggle for racial equality in the 1960s.  That is a lie.  Sexual behavior and race are  different realities.  Inherited and unchangeable racial traits cannot be compared with non-genetic and changeable behavior.  There is simply no analogy between the interracial marriage of a man and a woman and the “marriage” between two individuals of the same sex.

The main reason that the  State bestows numerous benefits on marriage is that by its very nature and design, marriage provides the normal conditions for a stable, affectionate, and moral atmosphere that is beneficial not only to children but aids  in perpetuating the nation and strengthening society.  Homosexual “marriage” does not provide such conditions –   Its primary purpose  is the personal gratification of two individuals whose union is sterile by nature.  By legalizing same-sex “marriage,” the State becomes its official and active promoter,  demanding Christians and all people of good will to betray their consciences by condoning, through silence or act, an attack on the natural order and Christian morality.

If homosexual “marriage” is universally accepted as the next  step in sexual “freedom,” what logical arguments can be used to stop the next steps of incest, pedophilia, bestiality, and other forms of unnatural behavior?   Indeed, radical elements of certain “avant garde” subcultures are already advocating such aberrations.

“Where homosexual marriage is allowed, religious liberty suffers and takes a back seat to tolerance and political correctness.  This is not a civil rights issue.  It’s about redefining the family.  I don’t want my grandchildren sitting in a classroom hearing about how Heather has two mommies, or the prince and the prince grow up to marry and become the king and the king.”   Bishop Harry Jackson

← Buy a Shotgun
Obama: Discriminate Is Good When It Benefits My Rule →