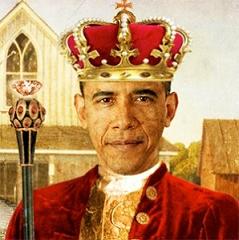 One of the sad and critically destructive forces in modern thinking is the idea that all nature is totally malleable simply because we now realize a greater scientific ability to alter matter. This has given postmodernist philosophers a new hubris, based in a visibly materialist/legalist mentality, and they in turn have promoted the idea that man can do anything, thus seemingly destroying the idea that there is even a natural law at all. Nothing could be further from the truth.

Bological procreation was designed the way it is for a specific reason.  And that reason is to preserve the primary continuity of the natural family and its role in the formation of society and as a foundational principle in societal development and the natural evolution of personal identity.

It is clear by now to anyone who has observed this controversy that proponents of same sex marriage are more interested in the re-definition of marriage than they are in the attainment of marital normalcy as regards the law.  The law could easily have been changed nationally a long time ago to allow these rights as  ‘civil unions’ without disturbing the traditional definition of marriage.  Many parties would have been satisfied by such a compromise, had not proponents denied the primary biological relationship questions by couching every argument as one of bias regarding their “civil rights.”   The indiscriminate hurling of bigotry charges will simply not work with this question. In fact, it does not work on the majority of thinking people.

Obama, backed by his ‘rainbow’ of homosexual activists and Socialist Czars realize that  they must force same-sex marriage upon America.  First it was repeal of Don’t Ask, Don’t Tell, and declaring traditional marriage unconstitutional.  Now,  it is about using ‘gays’ in the military to force  the acceptance of homosexual ‘normalcy’ in marriage.

Outgoing Secretary of Defense Leon Panetta  issued a directive stating that certain military benefits formerly reserved for married couples will now be extended to unmarried partners — but only if they’re same-sex partners.    Citing the repeal of the “Don’t Ask, Don’t Tell” law, Panetta states: “Discrimination based on sexual orientation no longer has a place in the military.”

Among those requirements, neither of the partners can be “married, joined in a civil union with, or domestic partners with anyone else,” and the partners intend to remain in a committed relationship “indefinitely.  Among the benefits the Pentagon will now give to same-sex domestic partners but not to heterosexual unwed couples are disability and death compensation, legal assistance, some travel on Department of Defense aircraft, commissary privileges, welfare and recreation programs, emergency leave, and access to a “sexual assault counseling program.”

But not to worry,  if the Supreme Court is perverted enough to declare the “Defense of Marriage Act” unconstitutional, the government will “construe the words ‘spouse’ and ‘marriage’ without regard to sexual orientation, and married couples, irrespective of sexual orientation, will be granted full military benefits.”

Sen. Jim Inhofe (R-Okla.), ranking member of the Senate Armed Services  Committee, is opposed to the Administration’s actions. “Once again, the  President is eroding our military’s apolitical stance and forcing conformity  onto the rest of society by pushing his liberal social agenda through the  Department of Defense. In a weak attempt to not violate the  Defense of Marriage Act (DOMA), the Administration is using a play on words by  saying ‘same-sex domestic partners’ can have access to benefits instead of  ‘spouses.

“We are on a slippery slope here,” Inhofe said.  “Why would the Department of Defense, extend benefits to same-sex partners and  then deny cohabiting heterosexual couples the same benefits? The DoD is  essentially creating a new class of beneficiary that will increase costs and  demand for limited resources that are currently available for military families,  active and reserve forces, and retirees. President Obama continues to expand the  government’s financial obligations to support his liberal social agenda during a  time when this Administration has imposed drastic budget cuts to our military  readiness and national  security.”

Traditional marriage does matter,  its demise is not only lamentable, but devastating  for the future of Western culture as we have known it.   Those who  dismiss or minimize the effects of the loss of traditional marriage ought to think again.   As traditional marriage and family continue to take a beating we are foolish to think that we are headed anywhere but into serious trouble and ultimate ruin.