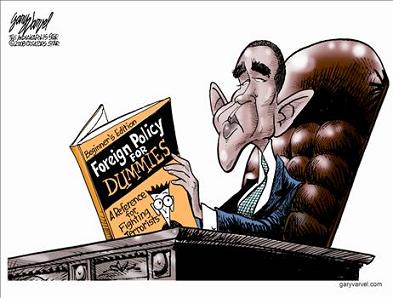 Obama hopes to use his “charm” during his  trip to Israel to build a rapport between himself and Israeli voters  in order to win an advantage over Prime Minister Netanyahu in the Israeli/Palestine peace process.

Unfortunately for Obama, an Israeli poll taken last week showed that only 10% of Israeli voters viewed him favorably.   Considering his continual snub of Israel,   along with his embrace of  terrorists organizations like Hamas and the Muslim Brotherhood,  I am truly surprised that he has that much support.

That 10% might just  reconsider their support when they see the Pro Palestinian map of the Middle East displayed in an Obama video released just days before his visit that  erased the nation of  Israel.    The map displayed in the video shows the Golan Heights as part of Syria, Jerusalem as part of the West Bank and Northern Israel as part of Lebanon.

You can watch the video at this link.

Protesters in Bethlehem also prepared for Obama’s visit by trampling on Obama’s picture and then burning it while chanting “America is the head of the snake.”

“We came here today to tell Obama that we don’t want 3G in  Palestine,” said Samir Odeh, a Fatah activist in Bethlehem. “We want a state,  the release of prisoners and an end to settlement construction.  We also  want to see our refugees return to their homes.  We won’t receive Obama with flowers and a  red carpet.   We will receive him with shoes. We want to tell  America that we hate you and you have no place here. We don’t want to see Obama  in Palestine.   He is coming to save Israel. He does not have anything to offer  our people.”

← Carbon Tax Back On The Table
Sticker Shock →