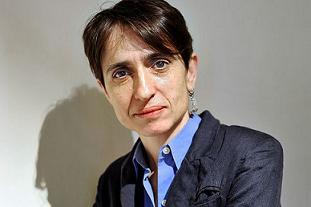 In 2012 at a Sydney Writers Festival panel discussion on the question  “Why get married when you could be happy?” Russian-American Lesbian journalist Masha Gessen had this to say about same-sex marriage:

That causes my brain some trouble.  And part of why it causes me trouble is because fighting for gay marriage generally involves lying about what we are going to do with marriage when we get there — because we lie that the institution of marriage is not going to change, and that is a lie.  The institution of marriage is going to change, and it should change.  And again, I don’t think it should exist.  And I don’t like taking part in creating fictions about my life.  That’s sort of not what I had in mind when I came out thirty years ago.  I have three kids who have five parents, more or less, and I don’t see why they shouldn’t have five parents legally….

I met my new partner, and she had just had a baby, and that baby’s biological father is my brother, and my daughter’s biological father is a man who lives in Russia, and my adopted son also considers him his father.  So the five parents break down into two groups of three…. And really, I would like to live in a legal system that is capable of reflecting that reality.  And I don’t think that’s compatible with the institution of marriage.”

Marriage can’t be separated from biological realities. And that’s why this upheaval won’t end when same-sex marriage is accepted—why Gessen’s ultimate goal is the end of marriage.

Consider the word “marriage.”   It has a normative meaning.   It refers to the diversity of male and female, one man plus one woman, united in love, service, and commitment for life.  Its merit derives not from tradition or from being a “value preference,” a social construct, a belief system, or a crutch of the bourgeoisie.  Instead marriage should be respected in terms parallel to the concept of freedom and unalienable human rights endowed by our Creator.  Marriage is thereby recognized as an unalienable societal structure embedded by our Creator into the essence of human nature.

Every human being has a God given unalienable right to pursue marriage as a species of happiness.  But no one has the creative power, much less the authority to refashion this gift from our Creator.  Changing the nature of marriage is not just above the president’s pay-grade, it’s beyond the ontic capacity of any human being.   Marriage is a rock for humanity and a safe haven for children, precisely because it hinges upon the Creator, not upon ideological passions, nor even decisions of state.

Historically the positive reception of equality owes a great deal to the Biblical concept that all are equal before God, that God does not play favorites based on external factors such as race, class, economic power or political connections.  In this sense God is described in Acts as “no respecter of persons.”

In such a rich context, it is no surprise that joining “marriage” and “equality” together stimulates powerful positive feelings.  But just as marriage has a normative meaning, so does equality.  The concept used by homosexual activists is a way to inject relativism into moral discourse and social change.

This is a far cry from the liberating concept of “created equal” as enunciated in the Declaration of Independence.   As a bedrock of freedom for human beings who are “created equal,” marriage is a communal order of  male-female diversity within a liberating unity.  It is a blessing of liberty, and protected as such, because it is not subject to relativistic tinkering, media tinglings or “new normals.”      Because the “equality” of “marriage equality” functions as a code word for relativism, the impact of the movement for homosexual “marriage” as a civil right is the opposite of what it is portrayed to be.  The end game is not to make marriage equally available to all, but to make it equally unavailable to all.

For the radical, alienated homosexualist, no socially viable vestige of the Creator shall be allowed to stand.

← Global Elite Are Very Clearly Telling Us That They Plan To Raid Our Bank Accounts
Starbucks: Christian Business Isn’t Wanted →