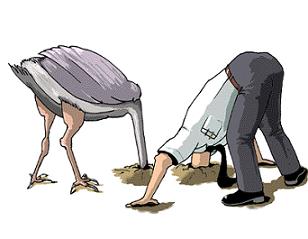 On the Monday MSNBC broadcast of “Morning Joe,” Joe Scarborough challenged  media outlets and observers who say the Republican Party will soon broadly  support gay marriage, arguing that they fundamentally misunderstand political  realities in several conservative areas of the country.

Scarborough did admit  at the end of the segment that some Republicans are softening their tune  on gay marriage,  but maintained that they will not suddenly abandon their opposition to the  practice.  “This rush to marriage equality among the electorate is — at least among the  Republican base — a mirage.  It’s a lot of wishful thinking from people in  Manhattan. … I think there has been, over the past month or two, sort of this  tidal wave coming from national media saying things are changing overnight. They  don’t change overnight.”

But instead of recognizing a consensus issue  when they see it, the Republican National Committee (RNC) is trying to do the Left’s job: sow division in the party by retreating on key planks in the GOP platform.   If the RNC wants to replicate the states’ success, it needs to reflect the states’ values.   The GOP establishment wants to relegate social conservatives to minority status in the national party, when we’re the majority in most states.   And they wonder why their candidates are losing elections!

When leaders like Republican National Committeeman Dave Agema so much as raise questions about the harms of homosexuality, the RNC throws them under the bus faster than you can say “political correctness.”  Agema, a staunch Michigan conservative, is taking fire from his own party for a Facebook post that detailed the harms of homosexuality.   And while people may not agree with everything in his column, they should agree on his freedom to call for a discussion. But under this new “inclusive” and “welcoming” RNC, simply raising awareness on certain social issues is off-limits.   A group of GOP officials is calling on Agema to resign–including state party chairman Bobby Schostak, who claimed that statistics about the consequences of homosexual behavior, consequences which even the left acknowledge, are a form of hate.

The homosexual movement is built, not on facts or research, but on mythology.   Unfortunately, these myths have come to be widely accepted in society—particularly in schools, universities and the media.   Homosexual attractions may be involuntary, engaging in homosexual relations is clearly voluntary.  FRC’s “Top 10 Myths about Homosexuality” highlights a summary of recent data, which all point to the high rates of physical and mental illness associated with homosexuality.

To his credit, Dave Agema isn’t backing down. He insists that we shouldn’t cut off debate about a lifestyle with direct public policy implications.   Anyone who’s read about the growing crisis of sexually transmitted infections  in America understands that all forms of promiscuity–homosexual and otherwise–are having a major impact on public health. We can’t reverse those trends by burying our head in the sand and throwing money at the epidemic. Ignoring the deeper issues only perpetuates the problem and does a disservice to taxpayers who are literally paying the price for America’s sexual liberalism.

While the RNC is busy self-censoring,  the Republicans’ position on marriage isn’t what voters are complaining about.   According to a new Gallup survey, only 3% of Republicans  criticized the party’s platform on social issues.

A far greater number–14%–thinks the GOP’s biggest problem is that it doesn’t stand up for its positions.   A fact that conservatives like Dave Agema can certainly attest to.

← Crimes Against Honest Citizens
The Oracle of Hypocrisy →