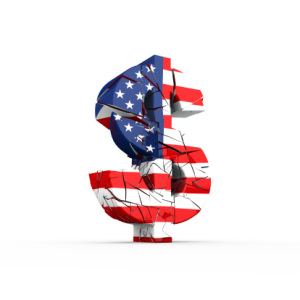 The reality is sad but true – the free market in America died a long time ago.

You can not have planned structures, monopolized production or controlled capital flow within an economy and still claim it to be a “free market.”

Adam Smith, a Scottish moral philosopher and pioneer of political economy is best known as the author of “An Inquiry into Nature & Causes of Wealth of Nations”, written in 1776.  The Wealth of Nations deeply influenced the politicians of the time and provided the intellectual foundation of the great nineteenth-century era of free trade and economic expansion.

Smith  realized that freedom and self-interest did not necessarily  produce chaos, that social harmony would emerge naturally as human beings struggled to find ways to live and work with each other.  And as people struck bargains with each other, the nation’s resources would be drawn automatically to the ends and purposes that people valued most highly.  He stressed that a  prospering social order did not need to be controlled by kings and ministers as it would grow, organically, as a product of human nature in an open, competitive marketplace, with free exchange and without coercion.   The Wealth Of Nations was therefore not just a study of economics but a survey of human social psychology: about life, welfare, political institutions, the law, and morality.

Unfortunately, Smith’s original concept of free market trade has been destroyed by economists and politicians who believe that corporate centralization is a “natural” function of a free market, and corporate monopolies which are an unnatural creation of collusion between governments and big-money interests designed to suffocate any entrepreneurship outside of their sphere of influence.  Over time, government power and corporate power began to hybridize so that it is barely distinguishable from the other.

Since the establishment of the Federal Reserve, through subversive collusion between banking interests and corrupt politicians in 1913, America has not had a free market system.  Since 1913, every boon and bust, every interest rate disaster, every inflationary increase in prices has been scientifically engineered.

Heavy taxation on business ventures within the U.S. against entrepreneurs, not lucky enough to run in elitists circles, has erased incentives for manufacturing experiments within our borders.  Members of the corporate glee club receive government subsidization while simultaneously outsourcing industrial projects to Third World countries.  Dependency on government has been replaced by interdependency on the globalized model.  Necessities are now compartmentalized, and only select international businesses with cooperation from government have the ability to bring all the prices together to keep our domestic economy running smoothly.  We have been so distanced from self-sufficiency that many people now consider the globalist dynamic indispensable.

The Environmental Protection Agency and the Food and Drug Administration regulations, based on dubious junk science and often instituted on high without congressional oversight, further erode business possibilities, especially for start-up companies as well as private agriculture, while giving free reign to elitist entities like Monsanto, an organization the government actually protects through specialized legislation making it nearly immune to civil litigation.

Farms, while not exactly controlled by the government, are subsidized through welfare on the condition that they grow only a particular kind of crop, raise a particular animal or grow nothing at all.  This subsidization is an indirect form of price control, creating engineered scarcity or abundance.  At the same time, large agricultural businesses, like Monsanto, make private farm ownership difficult by using their government protection to harass and squeeze out independent food producers.

The U.S. stock market, often presented by the mainstream as a paragon of “free market” prowess, has actually been propped up and inflated by the Federal Reserve fiat. The printing presses have been running nonstop and fiat money is being dumped into every financial mechanism that supposedly maintains our fiscal health – stocks, treasuries and municipals.  The government and Dow Jones now owes their very existence to the continued support of central bank dollars.

Poverty levels within the U.S. are at record highs.  Nearly 50 million Americas are dependent on government subsidized food stamps for their very survival.  Nearly 100 million Americans receive welfare or Social Security.  Combined that is nearly one-third of our entire population.  If ObamaCare is fully realized, millions more will be conditioned to become dependent on government-designated healthcare providers, furthering our progression away from freedom into centralized servitude.

In a 70% service and retail economy, where job availability is increasingly degraded and independent business is discouraged, Americans will have only two choices: Excel in the world of federally funded and propagandized education and sell your soul for just a chance at obtaining a professional career in a field of influence; or settle for the leftovers.

You can read Brandon Smith’s article in full at this link.