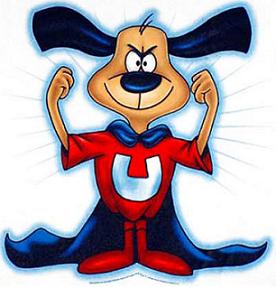 How long does it take to learn Russian or Mandarin Chinese?  Better start cramming!

Remember during the election when Obama was caught on live-mike promising the Russians he’d have “more flexibility” on defenses after the election?  That “flexibility” is about to rear its ugly head

Obama is set to announce a new round of strategic nuclear warhead reductions as part of his disarmament agenda, reducing our nuclear warheads to around 1,000.  And, as usual, he doesn’t feel the need for Congressional approval.  Recent lap-dog media reports suggest Obama plans to do this using his favorite standby – an executive order.  Our national security destroyed by executive order – who’d thought?

The 2010 START treaty that our representatives, and I use that term loosely, ratified already reduced our nuclear arsenal to 1,550.  Don’t get me wrong – I think the whole world would be a lot safer if all nuclear weapons were destroyed but, I live in the real world.  And in the real world, you don’t survive as the underdog.

China, Russia, Iran and North Korea are increasing their nuclear forces.  As their stockpile grows, any reduction to America’s defenses is way past stupid.  We need to be modernizing our forces – not putting Americans in harms way.

The Russian strategic buildup is stark:

China’s strategic nuclear buildup has been under way for a decade and includes three new road-mobile ICMs – the DF-31, DF-31A, and DF-41, along with a new submarine launch ballistic missile, the JL-2.  Former State Department intelligence analyst John Tkacik said  that the rapid buildup from single warhead to multiple warhead missiles is changing the strategic balance.  “Do the math, we’re looking at 60 JL-2’s on five submarines, each with at least three MIRVs (multiple, independently targetable re-entry vehicles), so that’s 180 new Chinese nuclear warheads that we have to plan for.  It gives me the heebie-jeebies.”

A recent Chinese defense white paper – the authoritative statement of Chinese military and defense policy – has eliminated the  mention of their previous  no-first-use nuclear policy, which raises even more concerns that China is on a path for a large-scale strategic nuclear warhead buildup.

North Korea has conducted at least three underground nuclear tests and is developing small warhead missiles.  It was reported in January that North Korea was ready to test a “fusion-boosted fission bomb” in its next test.  These fusion boosted bombs could be put on a long-range Taepodong-2 missile, or their new road-mobile ICBM or the KN-08.

Pakistan is also developing modern nuclear warheads and missiles with assistance from China.  India recently tested a new intercontinental-ballistic missile and is working on an advanced ICBM.  And, God only knows what Iran has in store for us.

Not only is Obama selling out America, it looks like he plans to sell out our allies in Europe as well.  In addition to cuts to our arsenal, Obama appears to be getting ready to limit U.S. missile defenses in a new agreement with Russia,  who  is vehemently opposed to any U.S. backed NATO plan to deploy a series of sea and land based missile defenses in Europe over the next five years.

Republicans are gearing up for a fight.  Rep. Mike Rogers, chairman of the House Armed Services subcommittee on strategic forces vowed to oppose any process of further reduction of  our nuclear arsenal and to Obama’s plan to do so through executive order.  “Let me be clear.  I intend to ensure that no further reductions to U.S. nuclear forces, including New START treaty reductions, will occur without a formal treaty or explicit, affirmative authorization by Congress.